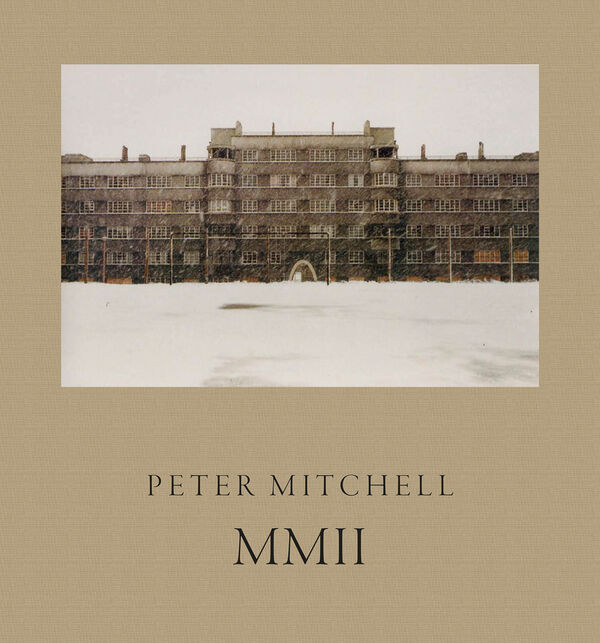 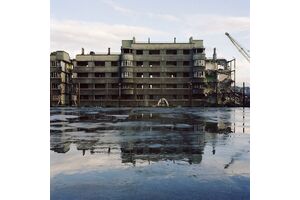 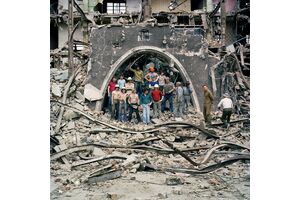 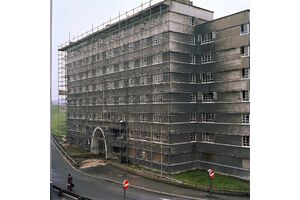 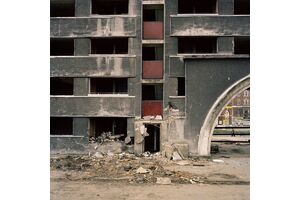 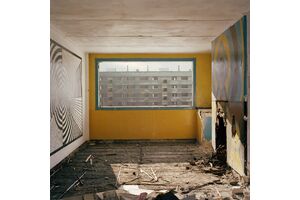 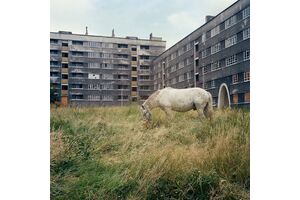 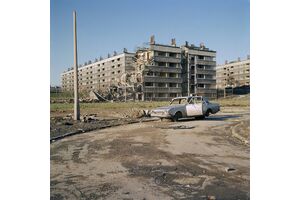 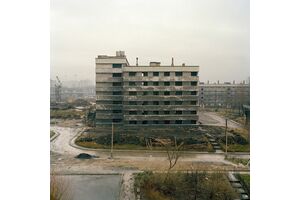 Peter Mitchell | RRB Photobooks
Peter Mitchell – Epilogue
The demise of the Quarry Hill Flats
€68.00
Including VAT, plus Shipping
Transit time: 2 to 6 business days (worldwide)
Add to cart    Add to wishlist
Title will be published in December of 2021. Pre-orders do come with a 5 x 5 inch (12,7 x 12,7 cm) Print, signed by Peter Mitchell, named ‘Horse, Thoresby and Victoria Houses’ (image no. 8).

“I photograph dying buildings and Quarry Hill was terminal by the time I got to it. Times change and I know there was no point in keeping Quarry Hill Flats. But what it stood for might have been worth keeping”—Peter Mitchell

The book contains over 40 new images, documenting the abandonment and subsequent demolition of the site, adding a poignant final chapter to the 1990 publication and its later facsimile edition. Largely eschewing the archive material seen in Memento Mori, Epilogue takes a more narrative approach to telling this final part of the story. Mitchell is again the lone wanderer in an increasingly unpopulated and other-wordly landscape.

Quarry Hill was a large housing estate in Leeds built in the 1930's as part of a ‘great social experiment’ to accommodate an entire community of 3000 people. By the 1970's both the vision and the flats were crumbling and the decision was made to demolish.

Though the notion of Utopia underpins the narrative of Quarry Hill, from its passionately visionary beginnings to its step-by-step decline and final end, there are no real morals or easy conclusions to be drawn. As Bernard Crick wrote, it was “small things, not any inherent fault in the grand design, which destroyed Quarry Hill.” It was more about timings than anything else - a sad ending. Peter Mitchell’s chronicles and photographs simply show what happens to utopias when they implode.

Peter is quite a brilliant chronicler of life: not just as a photographer but as a social historian and storyteller. Quarry Hill provided him with the perfect ingredients. He combined original documents, archival photographs, oral history, his own observations on utopias and his photographs into what has become a classic recipe of how to use different aspects to illustrate the complexities of change and failure.

Within the walls of photography scholarship there is a standard interpretation of Peter’s work as “charming”, best put by Martin Parr in his introduction to Strangely Familiar (2013) “The full charm of Mitchell’s work is embodied in images of shops and factories with owners or work force standing proudly in front of their businesses”. Peter’s work about Quarry Hill not only deviates from this but demolishes that particular interpretation of his achievements. Peter himself is indeed the most charming and humble photographer, but his pictures of Quarry Hill are anything but charming, and they show a much more serious aspect and intent at work.

The book is the latest result of RRB's work with Mitchell to preserve his archive, much of which remains unpublished. Selected and sequenced by RRB's Rudi Thoemmes and Josie Atkinson, the book is representative of a decade-long working relationship, including both well-renowned images and personal favourites. All of the images have been expertly scanned and restored and printed to the high standard Mitchell's work demands, and presented in RRB's classic design style.