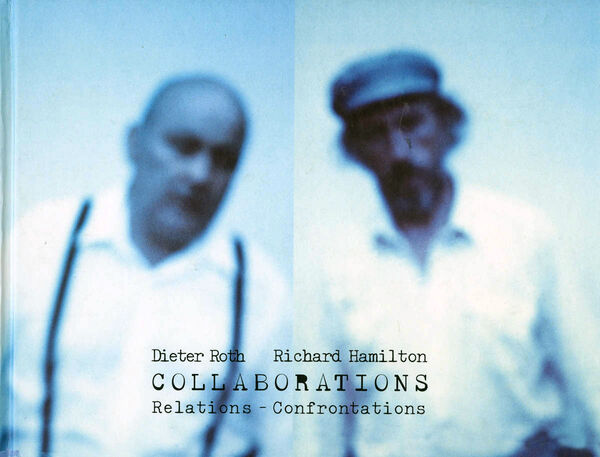 211 pages, 31.75 x 24.89 cm , 1664 g.
Hamiltom, Richard & Roth, Dieter | Thames & Hudson
Richard Hamilton & Dieter Roth – Collaborations
Relations - Confrontations
Was €39.00 €19.95
Including VAT, plus Shipping
Transit time: 2 to 6 business days (worldwide)
Add to cart    Add to wishlist
Richard Hamilton first made contact with Dieter Roth in 1961, having seen some of his books the previous year. From then until Roth's death in 1998, the two artists collaborated on numerous projects as well as developing a close friendship based on mutual admiration for each other's work. Their personalities and approaches to art were in many ways totally different, but this, no doubt, was part of the attraction. For Roth the collaborations were always a challenge, a fightalbeit friendly. Hamilton saw them as joyrides, full of surprises, in which he was carried along by Roth's "meticulous dexterity" and "creative energy." Their collaborations included The Copley Book, Collaborations of Ch. Rotham, Interfaces, and Intercases, which are among the pieces reproduced here in full color. 750 color illustrations.