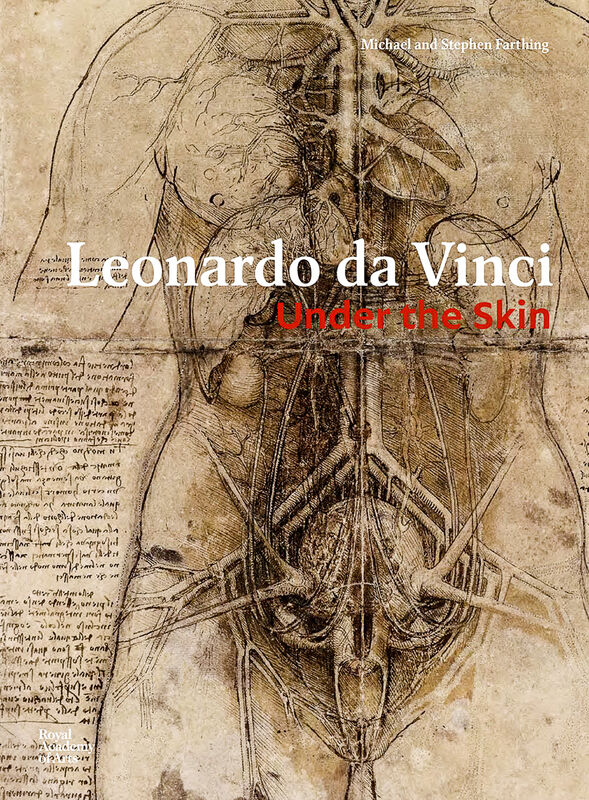 96 pages, 17 x 23 cm , 395 g.
Leonardo da Vinci | Royal Academy of Arts
Leonardo da Vinci – Under the Skin
€18.00
Including VAT, plus Shipping
Transit time: 2 to 6 business days (worldwide)
Add to cart    Add to wishlist
For artists and students alike, da Vinci's anatomical drawings are a yardstick for artistic and medical depictions of the body


Leonardo da Vinci created many of the most beautiful and important drawings in the history of Western art. His anatomical drawings became the yardstick for the early study of the human body. From their unique perspectives as artist and scientist, brothers Stephen and Michael Farthing analyze Leonardo’s drawings—which are concerned chiefly with the skeletal, cardiovascular, muscular and nervous systems—and discuss the impact they had on both art and medical understanding.

In addition, Stephen has created a series of drawings in response to Leonardo, which are reproduced with commentary by Michael, who also provides a useful glossary of medical terminology. Together, they reveal how some of Leonardo’s leaps of understanding were nothing short of revolutionary and, despite some misunderstandings, attest to the accuracy of his grasp.