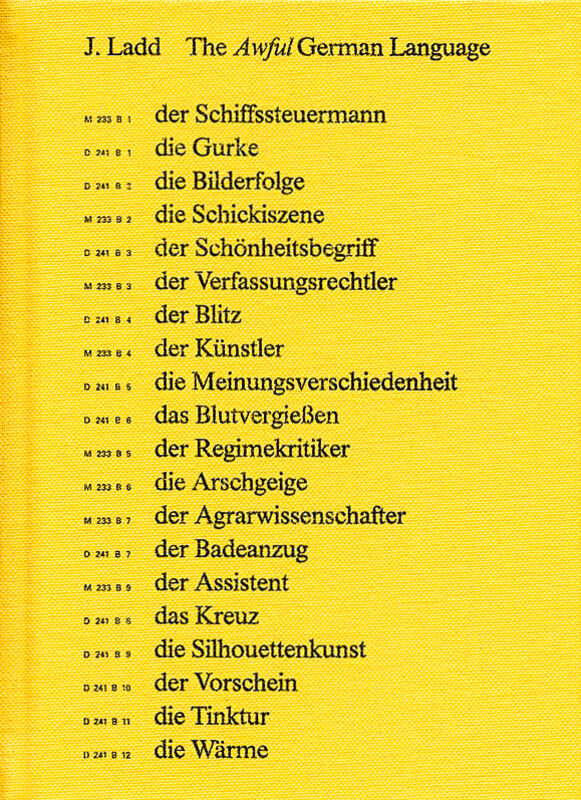 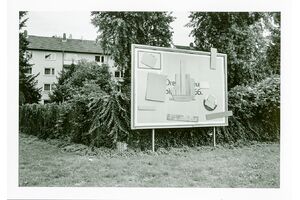 Jeffrey Ladd | Spector Books
Jeffrey Ladd – The Awful German Language
Motiv: #12-6303-08-19-2
€240.00
Including VAT, plus Shipping
Transit time: 2 to 6 business days (worldwide)
Add to cart    Add to wishlist
In 2011 the American photographer Jeffrey Ladd moved to Cologne, Germany, and began photographing his surroundings while learning the basics of the German language. In the process, he collected lists of interesting German vocabulary words (professions, places, things, common terms, and the outdated), which he juxtaposes with his black-and-white photographs; two different types of language—one visual, one verbal—describing a sense of his new home. Borrowing the title from Mark Twain, The Awful German Language embraces a state where the combination of word and photograph can resonate or remain dissonant and confused depending on the individual reader. An index of definitions in English at the back of the book is provided as a learning tool, but one that requires some work on the part of the learner to decipher its code.

Jeffrey Ladd (b. 1968 in Elkins Park, Pennsylvania) is an american photographer. His work has been exhibited at the Art Institute of Chicago, Oklahoma City Museum of Art, International Center of Photography, a.o.