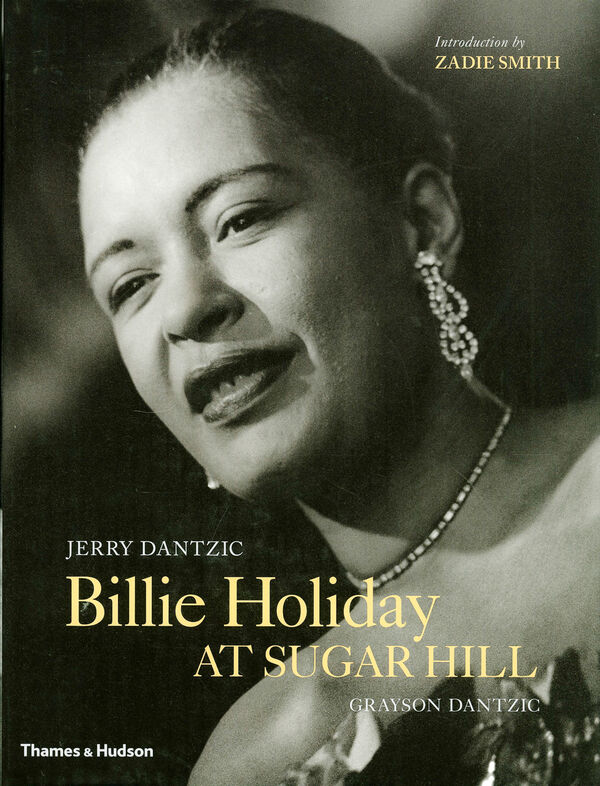 144 pages, 23.5 x 31 cm , 1047 g.
Billie Holiday | Thames & Hudson
Billie Holiday at Sugar Hill
Was €38.00 €15.00
Including VAT, plus Shipping
Transit time: 2 to 6 business days (worldwide)
Add to cart    Add to wishlist
Billie Holiday at Sugar Hill is an intimate and compelling photographic portrait of Billie Holiday, the consummate jazz and blues singer and one of 20th-century music's most iconic figures, in April 1957 at a significant moment in her life just two years before her death at the age of 44. Her autobiography Lady Sings the Blues had been published the previous year, she had performed a sold-out concert at Carnegie Hall, and she had just married in March. Now she was starting a week-long engagement at Sugar Hill, a club in Newark, New Jersey. Freelance photojournalist Jerry Dantzic had an assignment from Decca Records to photograph her and the Sugar Hill gig was the perfect occassion. He also happened to know William Duffy, the co-author of her autobiography, who introduced him into Billie's private world.

Dantzic's images offer an unparalleled view of Billie Holiday in private as well as in public, performing and the transitions in between. They reveal the wear and tear of a life of hardship, racism, abusive men, drugs and drinking, but we also see Holiday's warmth and tenderness, her rich humanity. We catch glimpses of her strolling Broad Street in Newark, encountering fans, with her new husband Louis McKay; we see her at home with William and Maely Dufty and their son Bevan, her godchild, and while having a drink or doing her makeup, as well as cuddling her pet chihuahua. The years and the struggles seem to vanish when she sings. However much she was 'hurt and hurting', in Nat Hentoff's phrase, she becomes angelic. Dantzic would also photograph her later that year at the 2nd New York Jazz Festival at Randall's Island.

Completely at ease with Dantzic in this rare, sustained encounter, Billie Holiday shows herself in a variety of moods and expressions, and allows the viewer, as it were, to walk with her part of the way. With an introduction by Zadie Smith, it is a deeply poignant portrait. Only a handful of the photographs included here have ever been published.