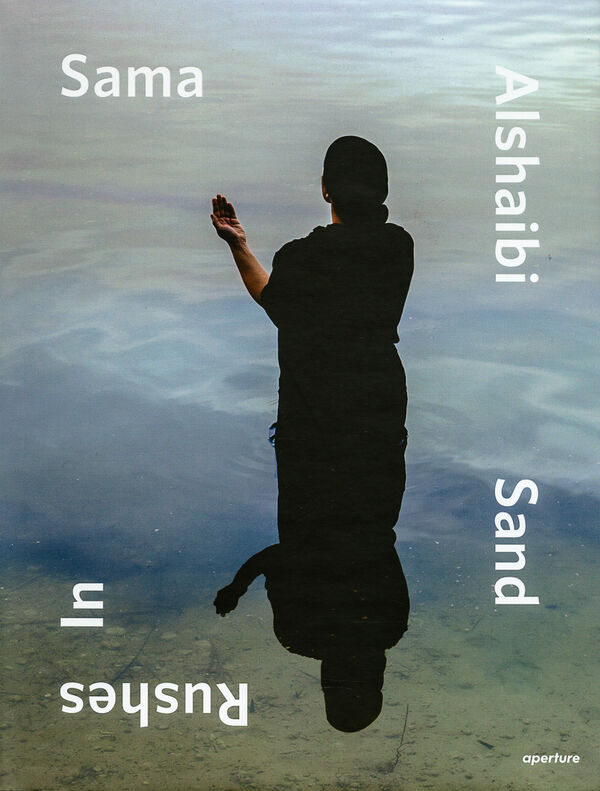 112 pages, 25.6 x 32.7 cm , 1174 g.
Sama Alshaibi | Aperture
Sama Alshaibi – Sand Rushes in
Was €60.00 €20.00
Including VAT, plus Shipping
Transit time: 2 to 6 business days (worldwide)
Add to cart    Add to wishlist
Sama Alshaibi: Sand Rushes In, the first book by this rising artist, presents work from Silsila, a video and photographic installation that premiered at the 2013 Venice Biennale, as well as other series. Alshaibi’s lyrical multimedia work explores the landscape of conflict: the ongoing competition for land, resources, and power in North Africa and West Asia, and the internal battle for control between fear and fearlessness. Additional material, selected from the artist’s series Negative’s Capable Hands, Collapse, and Thowra, is presented in the context of Silsila, meaning “chain” or “link” in Arabic. The artist uses the desert, borders, and the body as overarching symbols of the geopolitical and environmental issues and histories linking the Arab-speaking world.

Alshaibi operates between the United States, western Asia, and North Africa. Much of her work is inspired by and shot onsite in distinct natural landscapes, from the Western Sahara of North Africa to the eastern Arabian Desert on the edges of Iraq—highlighting the jarring contrast between desert and fertile oasis. Alshaibi is often a protagonist in the work, taking on the guise of distinct yet interrelated characters. Edited by Isabella Ellaheh Hughes, a writer and curator based in Abu Dhabi and Honolulu, this book includes an interview between Hughes and Alshaibi, a foreword by Salwa Mikdadi, and an essay by Alfredo Cramerotti.