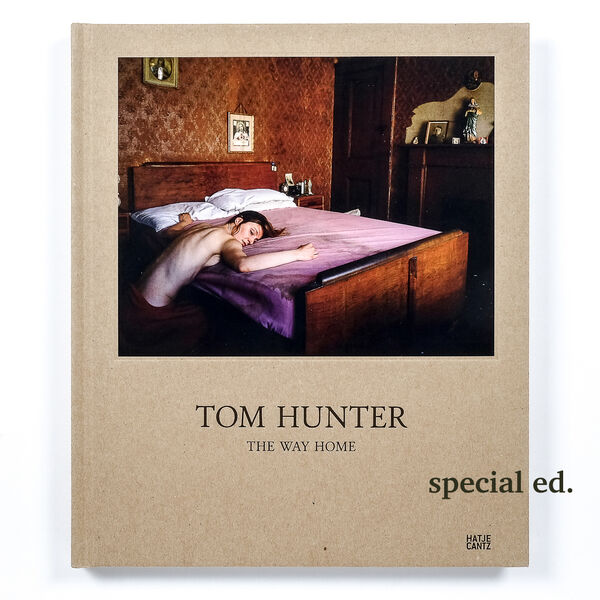 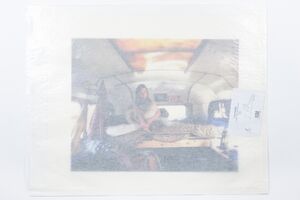 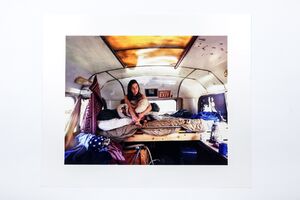 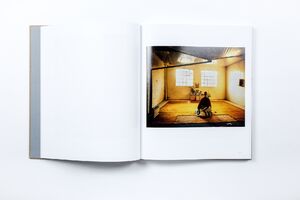 Tom Hunter | Hatje Cantz
Tom Hunter – The Way Home | Collector's Edition
Print: Girl in the Bus
Was €680.00 €300.00
Including VAT, plus Shipping
Transit time: 2 to 6 business days (worldwide)
Add to cart    Add to wishlist
The meticulously composed, painterly tableaux of Tom Hunter (*1965 in Dorset) operate on various levels: for one, he references important paintings from art history; for another, he tells us stories of our time—stories that all take place in the London borough of Hackney, where Hunter lives. What is perhaps his best-known photograph is of a young woman in a setting that alludes to Vermeer’s Girl Reading a Letter at an Open Window. However, Hunter’s photo portrays a Woman Reading a Possession Order—a neighbor from the squatter’s scene who has just received an eviction notice. The work attracted so such attention from the media that the eviction ultimately never took place.

With his eye for the unusual and exotic in everyday life, Hunter succeeds in capturing striking, remarkable snapshots of life in Great Britain today.Two of Hunter’s most popular motifs are offered in a small edition: one is the Girl in the Bus, from the Traveller Series, which made the artist internationally famous in the late 1990s. The picture features the inhabitant of a trailer-home; her cute one-room dwelling shows us how exorbitant today’s expectations actually are. The other piece, The Death of Coltelli, is more recent. In it, a model in plush, bourgeois surroundings poses like the doomed concubine from Eugène Delacroix’s scandalous painting, Death of Sardanapalus. The excessive decadence and opulence of the original painting is amusingly counteracted in Hunter’s version—this is Hackney, after all.