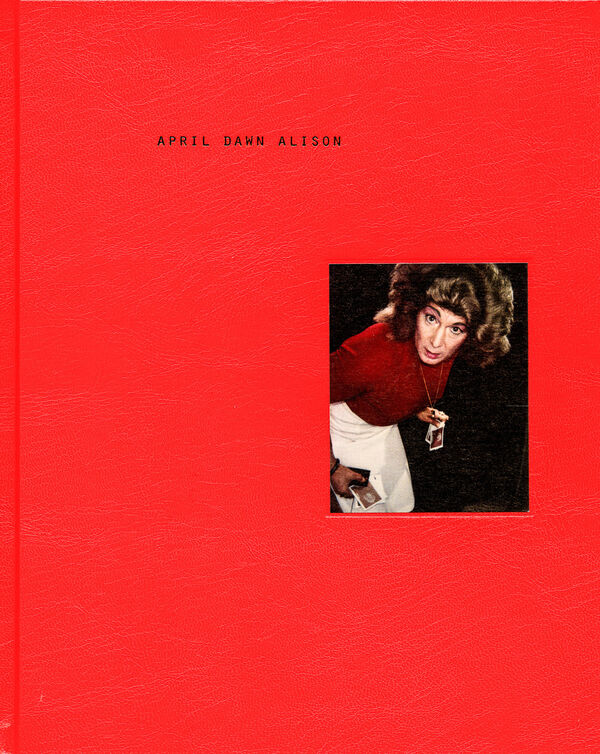 220 pages, 24.5 x 27.5 cm , 1302 g.
MACK Books
April Dawn Alison
Was €40.00 €25.00
Including VAT, plus Shipping
Transit time: 2 to 6 business days (worldwide)
Add to cart    Add to wishlist
Made over the course of some thirty years, the photographs in this book depict the many faces of April Dawn Alison, the female persona of an Oakland, California based photographer who lived in the world as a man. This previously unseen body of self-portraits, which was given to the San Francisco Museum of Modern Art in 2017, begins tentatively in 1970s black-and-white, and evolves in the 80s into an exuberant, wildly colorful, and obsessive practice inspired by representations of women in classic film, BDSM pornography and advertising. A singular, long-term exploration of a non-public self, the archive contains photographs that are beautiful, hilarious, enigmatic, and heartbreakingly sad, sometimes all at once.