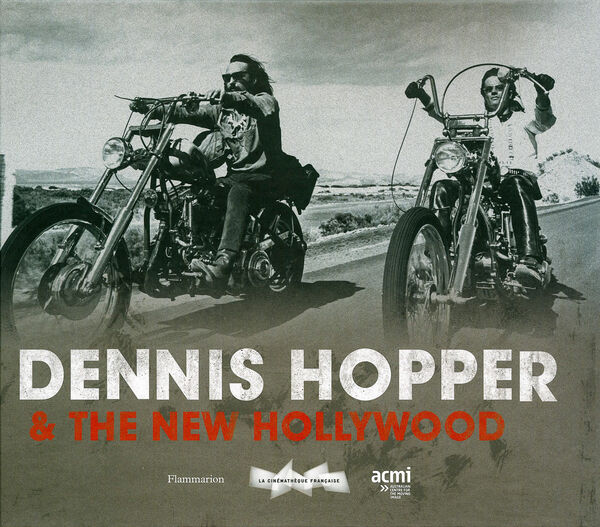 192 pages, 26.5 x 22.2 cm , 1228 g.
Dennis Hopper | Éditions Flammarion
Dennis Hopper & the New Hollywood
Was €45.00 €20.00
Including VAT, plus Shipping
Transit time: 2 to 6 business days (worldwide)
Add to cart    Add to wishlist
Dennis Hopper's many talents—actor, director, photographer, painter, and collector—are showcased in this monograph on an American icon. Dennis Hopper’s role in the seminal film Easy Rider (1969) made him an icon for the greatest directors of modern times, such as Coppola, Peckinpah, Altman, Wenders, Lynch, and Ferrara. Alternately a wonder boy and a pariah of the industry, Hopper’s original ideas have transformed film as we know it. Hopper has created and collected art for decades—he was a pioneering collector of major artists such as Basquiat, Roy Lichtenstein, Jasper Johns, and Warhol, from whom he bought the very first Soup Can.

This monograph presents the art and artists that have inspired his cinematic work as an actor and director. Hopper’s own photographs of the silver screen’s biggest stars are juxtaposed with paintings acquired by Hopper from renowned artists, on-set shots of his films, and an art installation co-signed with Marcel Duchamp. Complete with an exclusive extended interview of the artist/actor/director, this books offers privileged insight into one of the era’s great fringe icons and brings to light the relationship between Hopper’s artwork and his cinematographic career.