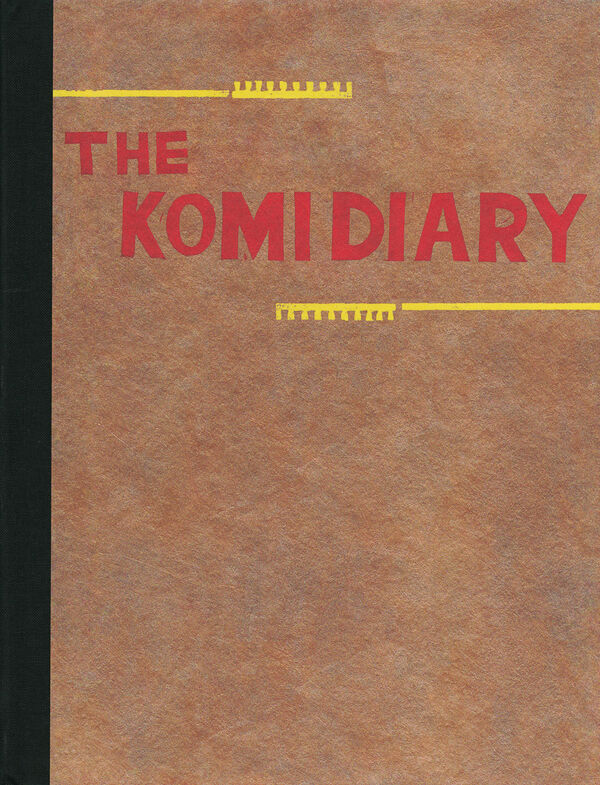 112 pages, 20 x 260 cm , 564 g.
Filippo Zambon | Lecturis
Filippo Zambon – The Komi Diary
€34.95
Including VAT, plus Shipping
Transit time: 2 to 6 business days (worldwide)
Add to cart    Add to wishlist
Syktyvkar is a city in the north of Russia, the small capital of the Komi Republic, a Finno-Hugric ethnical group colonized by the Russians centuries ago. A city at the “end of the empire”, far from any major Russian cities and from the fast life and economical development of the West.

The two ethnic groups, Komi and Russians, have lived long together, mixing their roots, merging their iconography and traditions. Komi traditional folklore, Soviet symbolism and contemporary Russian culture have merged into the daily life of this provincial city.

Syktyvkar, in Komi language: “the city on the river” is an unknown entity even for most of the Russians. A small autonomous capital of the north, close to the Ural Mountains and the land of the Nenets. During the Tsarist time this was a place of political exile and many war prisoners were sent here. During World War II the Red Army forced hundreds of German prisoners into the region, many of the descendents are still living here. The Soviets used the region as a giant Gulag, prisoners were sent in the “labor camps” from all over the USSR. Many survived and stayed, working in the paper factory of Eshva, a suburban part of Syktyvkar.

Nowadays most of the young people want to move to Saint Petersburg or Moscow, where there are more possibilities and a more lively future. Who stays complains that the city will decade and vanish, forgotten even by its own citizens.

For a strange twist of fate this remote place has become the second home of Filippo Zambon. He experienced the daily life of a place that has little by little unfolded it’s secrets. But to represent the totality of a community, in whole its complexity and variations, requires more than just a field study or a cultural research. It requires the total emotional submission to its essence. The history of this place has become his history and his experience has started to become part of that iconographical mix that this place is full of.