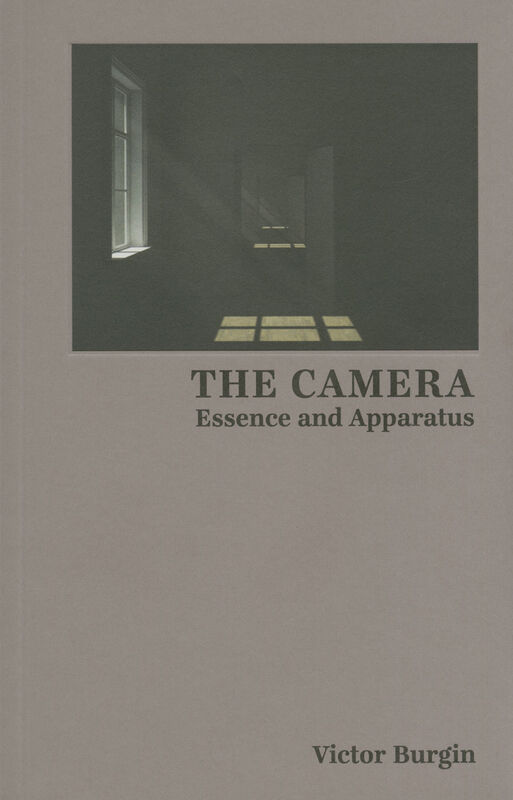 260 pages, 14 x 22.8 cm , 410 g.
Victor Burgin | MACK Books
Victor Burgin – The Camera
Essence and Apparatus
€19.00
Including VAT, plus Shipping
Transit time: 2 to 6 business days (worldwide)
Add to cart    Add to wishlist
Victor Burgin is one of the most influential artists and writers working today. He came to prominence as a key ﬁgure in the Conceptual Art of the late 1960s. After turning to photography in his artistic practice he produced a series of groundbreaking theoretical essays that drew on semiotics, psychoanalysis and feminism in order to think through the ideological role of photographs in the production of beliefs and values, and in the understanding of memory, history, subjectivity and space.

In the last decade or so, Burgin has worked with computer-generated imagery and the virtual camera. But rather than accepting a radical divide between so-called ‘analogue’ and ‘digital’ realms, Burgin has emphasised the continuity of the virtual camera, the various physical cameras in use today, and the painted images of Quattrocento painting – all of which have their essence in the perspectival system of representation. Further to this, Burgin argues that no image is merely an optical experience – all images are essentially psychological events and thus virtual also. Inseparable from language, they form the psychical spaces of fantasy and projection, recognition and misrecognition. Whether on pages, walls or screens, in galleries or online, single views, or swarms of picture fragments, images are the making and unmaking of our sense of self, and the world around us.

This collection brings together for the ﬁrst time Victor Burgin’s writings related speciﬁcally to the camera, following the shifts and nuances in his thinking over nearly ﬁve decades. Moreover, it allows us to chart the evolution of what the camera was and is, and how its affects are to be understood.