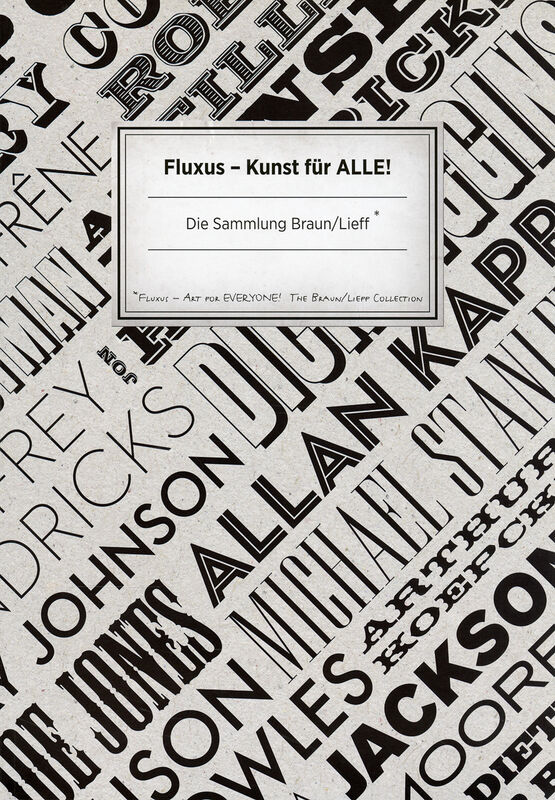 136 pages, 22 x 31.5 cm , 792 g.
Kehrer
Fluxus – Kunst für alle! (Band 2)
Sammlung Braun/Lief
Was €29.90 €9.95
Including VAT, plus Shipping
Transit time: 2 to 6 business days (worldwide)
Add to cart    Add to wishlist
The Ostwall Museum in the Dortmund U would like to take the opportunity to celebrate its artworks in the genre of Fluxus, including newacquisitions, donations and works on permanent loan, by issuing two publications that present the Feelisch collection and the Braun/Lieff collection.

Since 1968, Wolfgang Feelisch, a collector from the city of Remscheid, has been connected with the museum through exhibitions of his collection, works on permanent loan, acquisitions and donations. In 2012, other significant works, documents and objects from the Feelisch collection of Fluxus art were added to the museum. Besides these, the collection also includes earlier acquisitions, new donations and works on permanent loan from Feelisch, including works by Joseph Beuys, Allan Kaprow and Robert Filliou.

The Ostwall Museum also obtained many works and documents on permanent loan from the estate of Hermann Braun, a collector who acquired an extensive collection of Fluxus art from 1972 until his death in 2009. With the addition of this collection, many American Fluxus artists are now also represented, including Robert Watts, George Brecht and Dick Higgins.