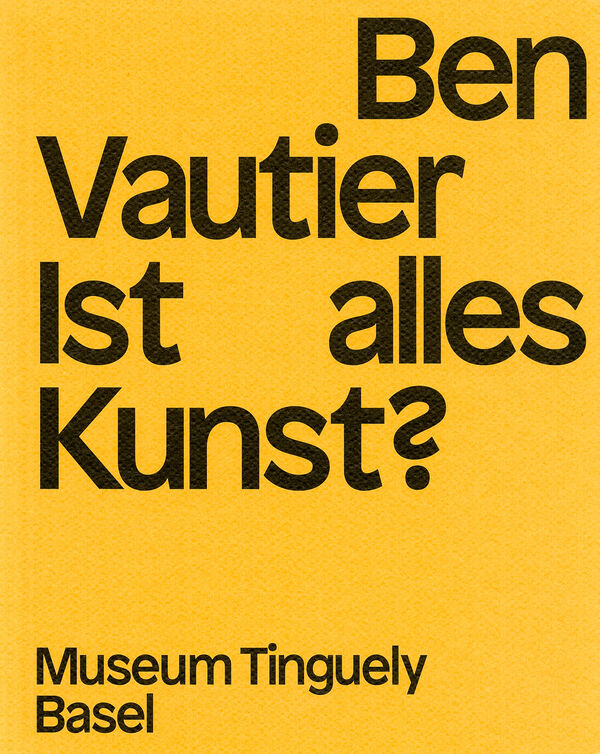 316 pages, 22.5 x 28 cm , 1290 g.
Ben Vautier | Kehrer
Ben Vautier – Ist alles Kunst?
Was €49.90 €15.00
Including VAT, plus Shipping
Transit time: 2 to 6 business days (worldwide)
Add to cart    Add to wishlist
Ben Vautier has been a presence in language and art as an artist, performer, organizer, and inventor since the late 1950s. He is among the pioneers of Fluxus in Europe and was a close colleague of artists at the École de Nice – César, Arman, Yves Klein, and others. He is known for his written paintings, which, with single words or short, concise sentences, trigger contemplation or smiles.

His performance – he calls them "Gestes" – often move in a social and political discourse. Ben is one of the first artists who brought art out on the streets and in this way expanded the terms of art.

Under the title Is everything art? (Est-ce que tout est art?) Museum Tinguely is dedicating to Ben Vautier, who celebrates his 80th birthday in summer 2015, his first comprehensive retrospective in Switzerland. This project is focusing on his most relevant works of the early years from 1958 until 1978 positioned in art historic and art theoretic matters, as well as on the variety and energy of his current art production.