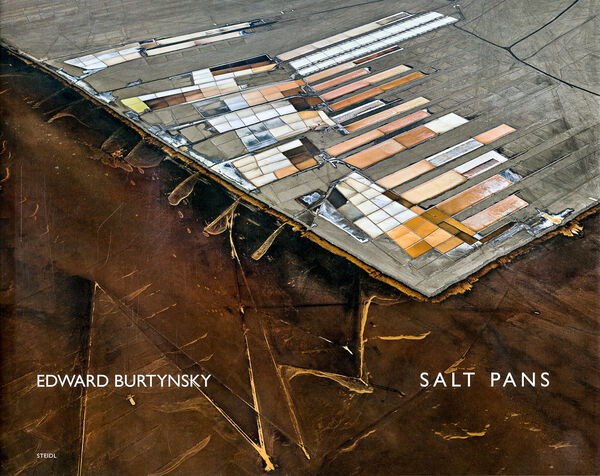 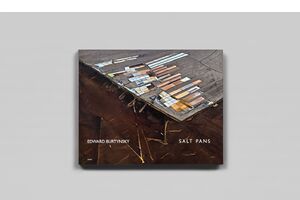 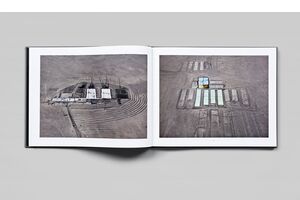 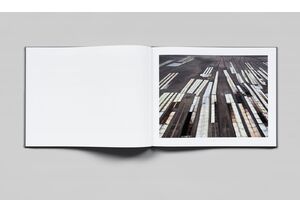 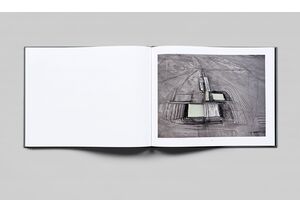 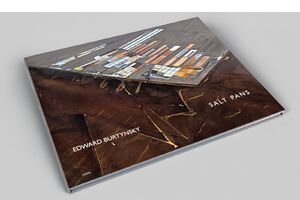 Consisting of 31 aerial photos of the salt pans in the Little Rann of Kutch, the project is the result of months of intricate negotiations and preparations. These striking geometric images, taken in an intense ten-day period during which Burtynsky photographed from a helicopter, present the pans, wells and vehicle tracks as abstract, painterly patterns: subtly colored rectangles crossed by grids of gestural lines.

And yet the reality behind the ironic beauty of Burtynsky’s pictures is a harsh one. Each year 100,000 poorly paid Agariya workers toil in the pans, extracting over a million tons of salt from the floodwaters of the nearby Arabian Sea. Furthermore, receding groundwater levels, combined with debt, diminishing market values as well as a lack of governmental support, threaten the future of this 400-year-old tradition and the lives dependent on it.

"The images in this book are not about the battles being fought on the ground. Rather, they examine this ancient method of providing one of the most basic elements of our diet; as primitive industry and as abstract two-dimensional human marks upon the landscape." Edward Burtynsky

Edward Burtynsky was born in 1955 and is one of the world’s most respected photographers. His remarkable depictions of global industrial landscapes are held in the collections of over sixty major museums including the National Gallery of Canada; the Museum of Modern Art and Guggenheim Museum in New York; Tate Modern, London; Museo Reina Sofia, Madrid; and the Los Angeles County Museum of Art. Burtynsky’s distinctions include the TED Prize, the Rencontres d’Arles Outreach Award. In 2006 he was made an Officer of the Order of Canada, and in 2016 he received a Governor General of Canada Award in Visual and Media Arts. He holds six honorary doctorate degrees. Burtynsky’s previous publications with Steidl are China (2005), Quarries (2007), Oil (2009) and Water (2013).