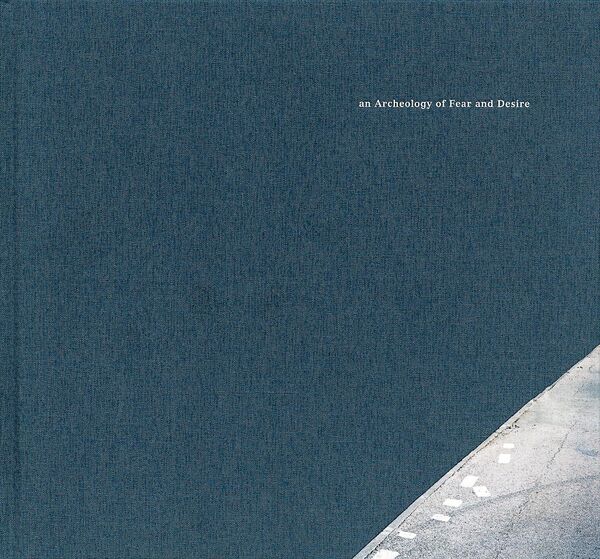 72 pages, 29 x 27 cm , 830 g.
Frédéric Brenner | MACK Books
Frédéric Brenner – an Archeology of Fear and Desire (sign.)
€50.00
Including VAT, plus Shipping
Transit time: 2 to 6 business days (worldwide)
Add to cart    Add to wishlist
An Archeology of Fear and Desire is an attempt to recontextualise Israel as place and metaphor, exploring longing, belonging and exclusion. Frédéric Brenner follows up his opus Diaspora with a visual essay about Israel, a land of devouring myths in which constructs-- social and religious--perpetuate a tyranny of roles, which render us strangers to what is most intimate in ourselves.

Brenner’s essay is an X-ray of an ongoing experiment in survival, portraying the complexity of multiple, dissonant identities. These images question the promise attached to this land and explore the cauldron of fear and shadow within this territory and in each of us, unrecognised, unredeemed, denied, dissimulated and silenced, where the other is instrumentalised and thereby sacrificed.

An Archeology of Fear and Desire is part of a project entitled This Place, which explores the complexity of Israel and the West Bank, as place and metaphor, through the eyes of twelve internationally acclaimed photographers, consisting of a travelling exhibition, companion publications and a program of live events. Brenner initiated the project in 2006 and continues to guide it.

Brenner is best known for Diaspora, the result of a 25-year search in 40 countries to create a visual record of the Jewish people at the end of the twentieth century. Brenner is the Laureate of the French Academy in Rome (1992) and the Prix Niepce (1981); he has directed an original film and published six books, including Diaspora: Homelands in Exile (2003).