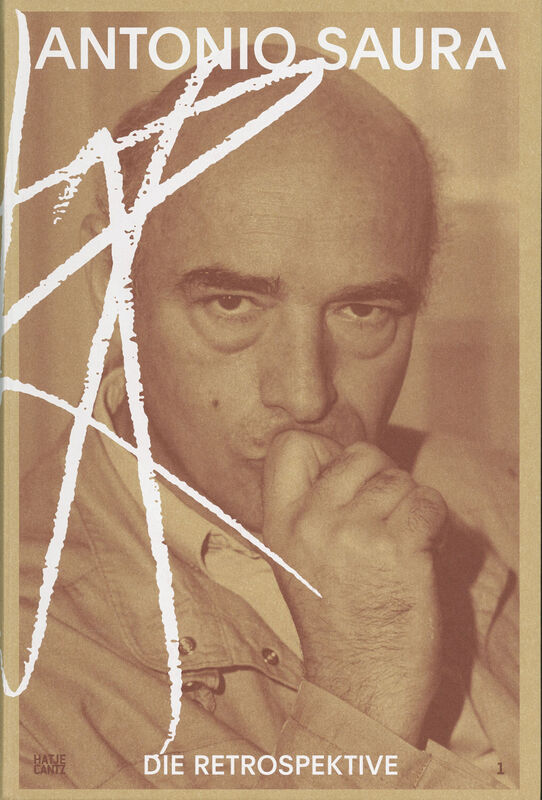 308 pages, 22 x 31.8 cm , 1708 g.
Antonio Saura | Hatje Cantz
Antonio Saura – Die Retrospektive
Was €39.80 €15.00
Including VAT, plus Shipping
Transit time: 2 to 6 business days (worldwide)
Add to cart    Add to wishlist
Born in Huesca, Spain, Antonio Saura (1930–1998) was one of the most important artists of the twentieth century and an influential representative of Spanish painting during his epoch.

An autodidact influenced by Yves Tanguy and Joan Miró, he began working as an artist in 1947, experimenting at first with various techniques. On a quest for the “real landscape of the subconscious,” he turned briefly to Surrealism before beginning in 1956 to develop his own very independent, expressive, gestural work in thematic cycles. Besides paintings, he produced iron sculptures, drawings, and prints. Last, but not least, his illustrations for texts by Franz Kafka, George Orwell, and Christine Nöstlinger testify to the artist’s originality and dynamism.

This publication presents his entire complex oeuvre on the basis of individual creative phases and series of works, and provides valuable information in a scholarly appendix.