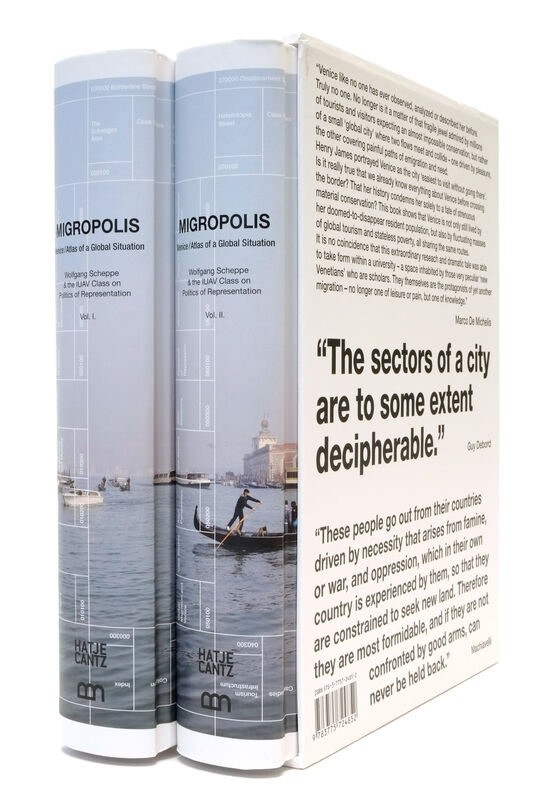 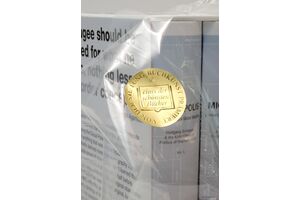 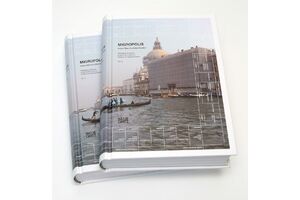 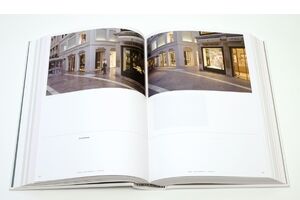 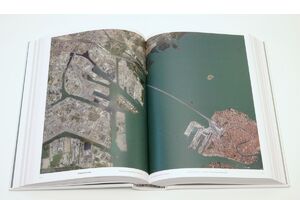 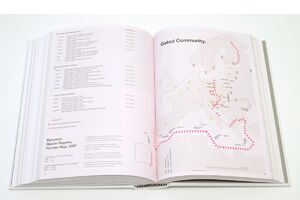 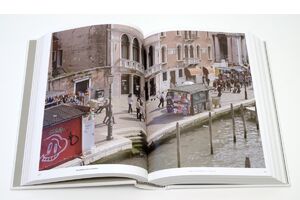 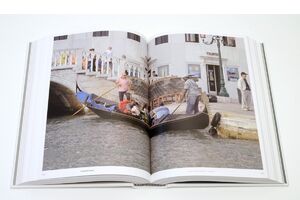 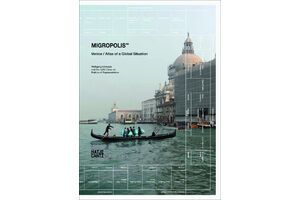 Wolfgang Scheppe | Hatje Cantz
Migropolis – Venice/Atlas of a Global Situation
Was €128.00 €98.00
Including VAT, plus Shipping
Transit time: 2 to 6 business days (worldwide)
Add to cart    Add to wishlist
In winter 2006, under the aegis of philosopher Wolfgang Scheppe, a collective of students from theIUAV University in Venice fanned out to subject their city to a process of forensic structural mapping. Out of this field work, conducted in the Situationist tradition, there developed a three-year urban project that produced an enormous archive comprising tens of thousands of photographs, case studies, movement profiles, and statistic data.

In this archive, Venice, the place of longing at the junction of three migration corridors, emerges as a front-line European city and an exemplary prototype of the increasingly globalized city in which a decimated inner-city population meets armies of tourists and a parallel economy supported by illegal immigrants.

In a map cleverly branching out into essays, visual arguments, data visualizations, and interviews, the globalized territory of Venice is microscopically dissected and defined as an urban metaphor: the city becomes an “atlas of a global situation.”

"In the present-day reality, the city's unique history is a mere sales pitch for local tourism. Its laws, however, which affect the daily lives of everyone who still lives in Venice, are entirely determined by the mechanisms of globalization. Even though traces and signs of this are omnipresent, it is kept out of sight of the tourist. That's why this work is both a visual education, as well as a map, for today's flaneur."
Wolfgang Scheppe