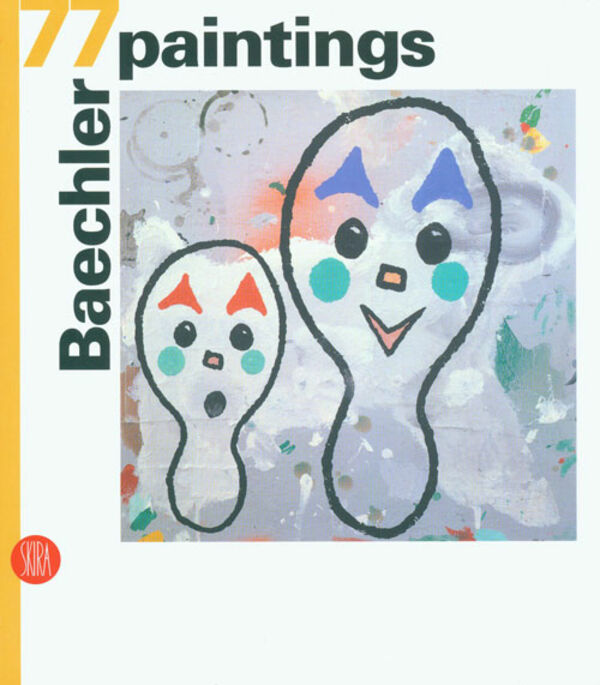 84 pages, 24.5 x 28 cm , 566 g.
Donald Baechler | Skira
Donald Baechler – 77 Paintings
Was €28.00 €10.00
Including VAT, plus Shipping
Transit time: 2 to 6 business days (worldwide)
Add to cart    Add to wishlist
Some of art‘s most enduring motifs are given a makeover in Donald Baechler‘s paintings. The equestrian portrait becomes a happy, dancing pony. Skulls, the mainstay of Old Master vanitas scare tactics, are repeated to look like Halloween- or pirate-themed wallpaper. Still-life flowers are isolated and blown up - or replaced entirely by a giant ice-cream cone. The most emblematic of art icons, the human figure, is given the royal treatment in portraits that are part cartoon, part idol or effigy.

The catalogue includes texts in italian, english and german language. The works are presented in a suggestive order reminiscent of a deck of cards in large coloured reproductions.