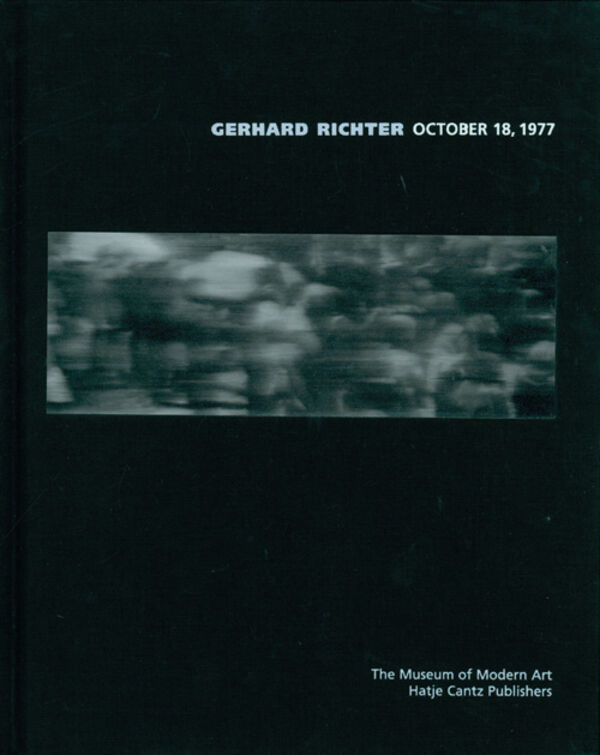 216 pages, 23.7 x 30.5 cm , 1574 g.
Gerhard Richter | Hatje Cantz
Gerhard Richter – October 18, 1977
€68.00
Including VAT, plus Shipping
Transit time: 2 to 6 business days (worldwide)
Add to cart    Add to wishlist
Gerhard Richter is one of the most highly regarded contemporary artists, and his series of 15 paintings known as October 18, 1977, is one of the 20th century’s most famous works on a political theme. It commemorates the day on which three young German radicals, members of the militant Baader-Meinhof group, were found dead in a Stuttgart prison; they were pronounced suicides, but many people suspected that they had been murdered. Richter’s paintings, created 11 years after this traumatic event, are among the most challenging works of the artist’s career.

These hauntingly powerful images, derived from newspaper and police photography, are now in the collection of The Museum of Modern Art, New York. In this book, Robert Storr provides necessary political background to the series, but his approach is art historical, offering insight into the complexities of “history painting” in the modern era.

With a supplement in German language.