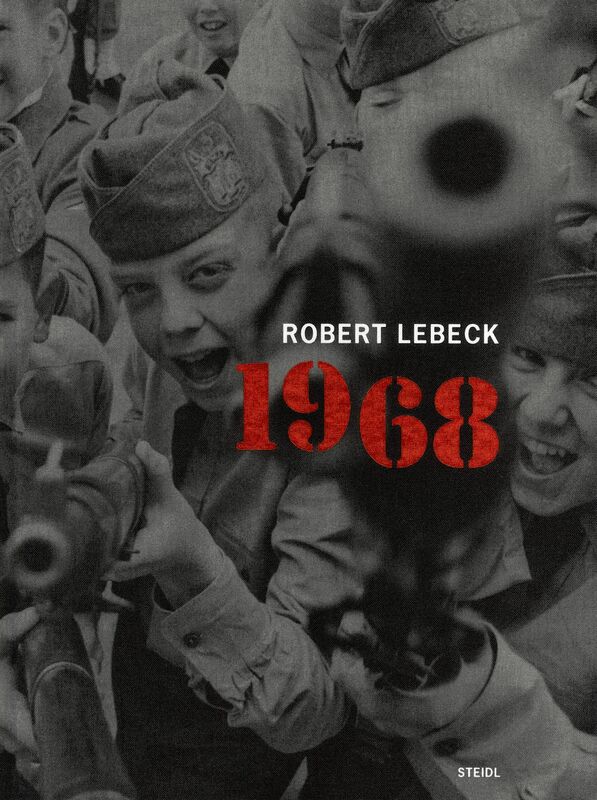 320 pages, 22.5 x 30 cm , 1934 g.
Robert Lebeck | Steidl
Robert Lebeck – 1968
(Deutsche Ausgabe)
Was €45.00 €19.95
Including VAT, plus Shipping
Transit time: 2 to 6 business days (worldwide)
Add to cart    Add to wishlist
This book presents the diverse photo series Robert Lebeck made in 1968, which form an alternative view of the year when social conflict and personal rebellion against authoritarian traditions found their passionate and often violent expression. Upheaval, protest, perseverance and failure—themes that are not always explored in retrospective mythicizing views of 1968—are clearly expressed in Lebeck’s photos, taken in locations from New York to Bogotá and Wolfsburg. Whether dealing with “Divorced Women,” Rudi Dutschke in Prague, Robert Kennedy’s funeral or Joseph Beuys at documenta, contemporary history encounters the integrity of photo reportage in Lebeck’s work.

“The year of the student protests took place without me,” Lebeck recalls of 1968 in his autobiography. “When the barricades were burning in Paris, I was working in Florida on a series about two murdered co-eds; when students began protesting in front of the Springer Building, I was photographing the christening of Hildegard Knef’s baby; and when Russian troops marched into Prague, I was accompanying the pope’s visit to Bogotá.” A closer examination of Lebeck’s contact sheets, prints and reportages made during this epoch-making year on behalf of Stern, then one of Germany’s highest-circulation magazines, and presented in this book, reveal how Lebeck’s photos, despite his own assessment, capture the social changes of the time.