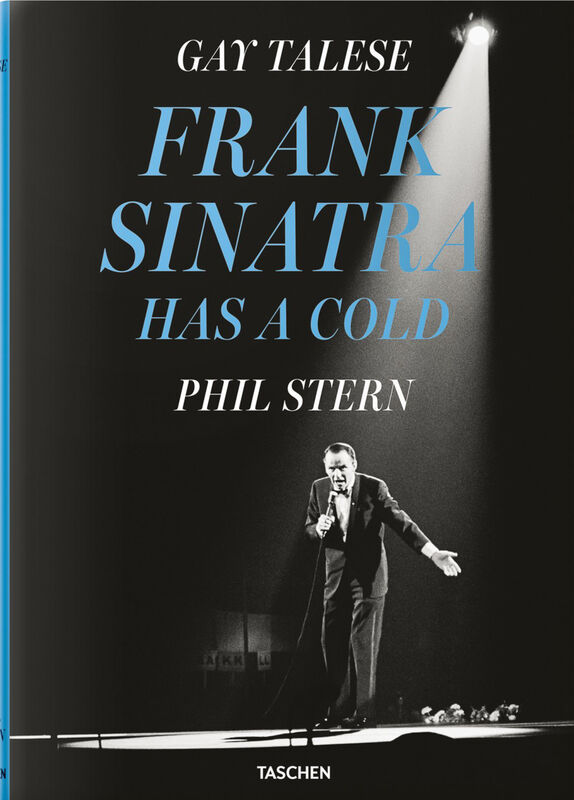 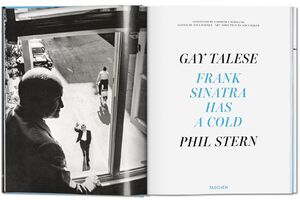 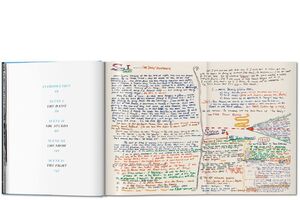 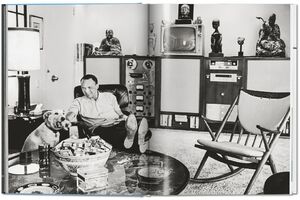 Frank Sinatra | TASCHEN
Frank Sinatra – Has A Cold
€50.00
Including VAT, plus Shipping
Transit time: 2 to 6 business days (worldwide)
Add to cart    Add to wishlist
Ol’ Blue Eyes Is Back
Gay Talese’s New Journalism triumph, Frank Sinatra Has a Cold
“Sinatra with a cold is Picasso without paint, Ferrari without fuel—only worse. For the common cold robs Sinatra of that uninsurable jewel, his voice, cutting into the core of his confidence.” — Gay Talese

In the winter of 1965, writer Gay Talese set out for Los Angeles with an assignment from Esquire to write a major profile on Frank Sinatra. When he arrived, he found the singer and his vigilant entourage on the defensive: Sinatra was under the weather, not available, and not willing to be interviewed.

Undeterred, Talese stayed, believing Sinatra might recover and reconsider, and used the meantime to observe the star and to interview his friends, associates, family members, and hangers-on. Sinatra never did grant the one-on-one, but Talese’s tenacity paid off: his profile Frank Sinatra Has a Cold went down in history as a tour de force of literary nonfiction and the advent of the New Journalism.

In this illustrated edition, Frank Sinatra Has a Cold is published with an introduction by Talese, reproductions of his manuscript pages, and correspondence. Interwoven are photographs from the legendary lens of Phil Stern, the only photographer granted access to Sinatra over four decades, as well as from top photojournalists of the ’60s, including John Bryson, John Dominis, and Terry O’Neill. The photographs complement Talese’s character study, painting an incisive portrait of Sinatra in the recording studio, on location, out on the town, and with the eponymous cold, which reveals as much about a singular star persona as it does about the Hollywood machine.