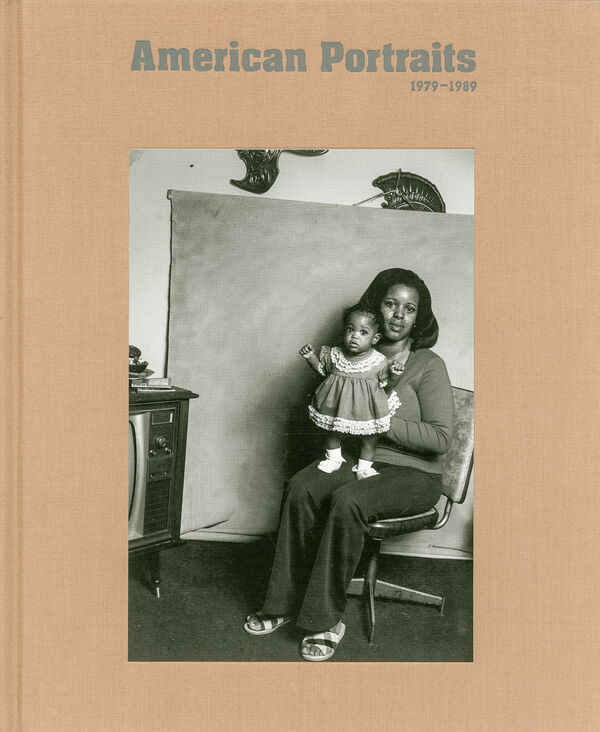 96 pages, 26 x 31.8 cm , 1000 g.
Leon Borensztein | Nazraeli Press
Leon Borensztein – American Portraits
1979 - 1989
€56.00
Including VAT, plus Shipping
Transit time: 2 to 6 business days (worldwide)
Add to cart    Add to wishlist
After emigrating to the United States from Poland, Leon Borensztein took a fly-by-night job as a traveling portrait photographer, visiting homes and businesses across the country and making portraits for working-class clientele in the style of the Sears Portrait Studios. During these sessions, Borensztein would set up a generic backdrop behind the subject, while moving the camera back far enough so that the camera captured glimpses of the subjects’ personal spaces or belongings. The resulting body of work provides a rich sociological document; individually, these are some of the most compelling and touching portraits of their time. Leon Borensztein is an internationally renowned photographer whose work has appeared in Life, Harper's, The New York Times Magazine, and Vogue International. His photographs can be found in the collections of major museums such as the Art Institute of Chicago, Bibliotèque Nationale, Paris, Museum of Fine Arts, Houston, and the San Francisco Museum of Modern Art. The recipient of a Guggenheim Memorial Fellowship, Borensztein lives and works in Oakland, California.