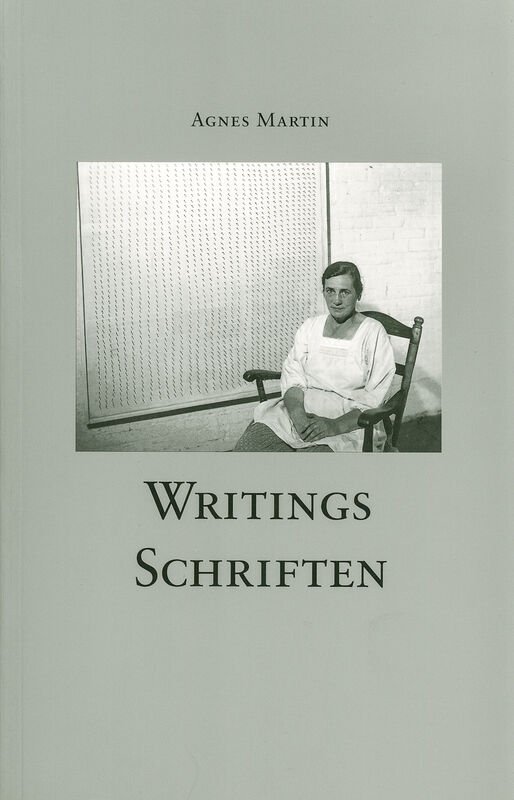 176 pages, 15 x 24 cm , 900 g.
Agnes Martin | Hatje Cantz
Agnes Martin – Writings Schriften
€98.00
Including VAT, plus Shipping
Transit time: 2 to 6 business days (worldwide)
Add to cart    Add to wishlist
The uniquely individualistic qualities of Agnes Martin's work attracted significant attention at the fifth documenta in Kassel in 1972. Her abstract pieces adhere to no catalogue of rules but appear instead as contemplative, intuitive signs. Her "floating abstractions", in which lines and free bands of color emerge almost imperceptibly, can be reproduced only with difficulty. Her writings, on the other hand - although certainly not intended as programmatical statements - offer valuable insights into Agnes Martin's thoughts on art. In combination with the illustrations of Agnes Martin's works, the texts, including lectures, stories recorded by the art critic Ann Wilson, passages ostensibly arranged in associative sequences and "fragmentary ideas", form an eloquent and poetic artist's statement by this creator of "silent paintings". The book, now in its third edition, also features a recently discovered text written by the artist in 1959.