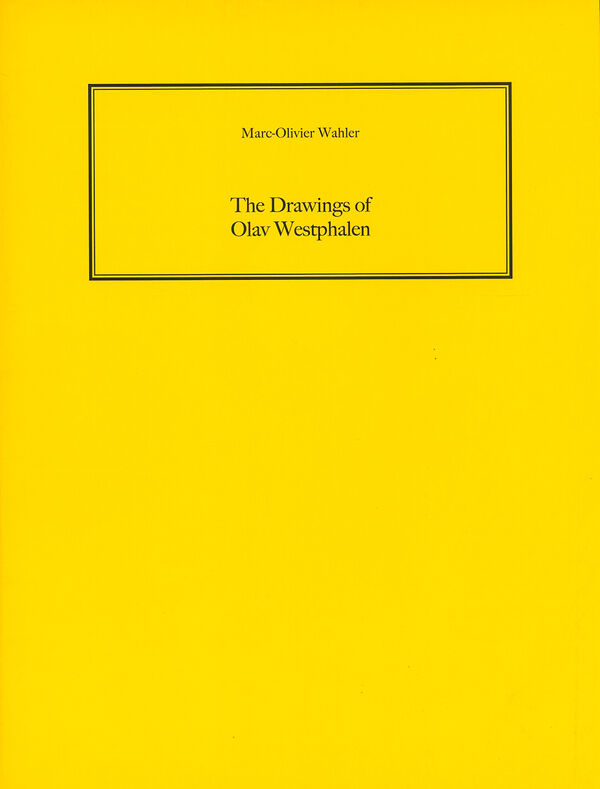 130 pages, 16 x 21 cm , 284 g.
Olaf Westphalen | Revolver Publishing
The Drawings of Olav Westphalen
Was €25.00 €10.00
Including VAT, plus Shipping
Transit time: 2 to 6 business days (worldwide)
Add to cart    Add to wishlist
Going through nearly 2000 drawings in Olav Westphalen's Brooklyn studio, Marc-Olivier Wahler picked out about 100. The selection represents the finest, smartest, and most elegant of his work. You can imagine the rest!

“After having worked with what are considered everyday materials and situations for some time and after realizing that this was often interpreted as a form of realism (in disregard of the highly theatrical nature of what is referenced as reality) I decided to go the other direction, towards theatricality (which is real). I have since been working with television, comedy and cartoons, intentionally applying their methods awkwardly and in ill-fitting contexts. The resulting work is situated in the middle grounds between a variety of conventionally assumed oppositions (i.e. entertainment and high art, narrative and abstraction) thus remaining in a state of productive undecideability.“ (Olav von Westphalen)