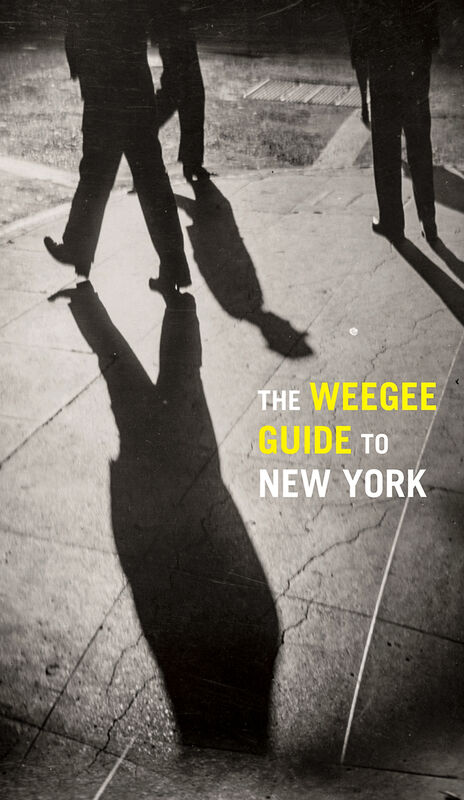 432 pages, 13 x 23 cm , 944 g.
Weegee | Prestel
The Weegee Guide to New York
Roaming the City with its Greatest Tabloid Photographer
Was €38.00 €18.00
Including VAT, plus Shipping
Transit time: 2 to 6 business days (worldwide)
Add to cart    Add to wishlist
Take a walk with Weegee and discover New York City through the eyes of its most unflinching chronicler.

During his storied career as the quintessential New York photojournalist, Weegee explored the city’s least glamorous pockets, depicting brutal crimes, horrific accidents, tenement dwellers, street vendors, and mischievous kids. And although his perspective was often dark and cynical, he was also tremendously sentimental about his subjects’ hard lives.

This unique guide offers a series of excursions through Weegee’s stamping grounds, from the Bowery to Midtown, the West Side to the East, and with a little Brooklyn thrown in. Divided into eleven neighborhood sections, it includes contemporary and period maps to aid the intrepid explorer or casual rambler as they retrace Weegee’s steps from murder scene to car wreck to street fight.

Best of all, it features hundreds of photographs—many never-before published and most drawn from the archives of the International Center of Photography—that reinforce Weegee’s lasting vision of New York as a city both tough and resilient, a city that never sleeps.

More books from Weegee view all
Flash: The Making of Weegee the Famous (*Hurt)
Weegee – Murder is my Business