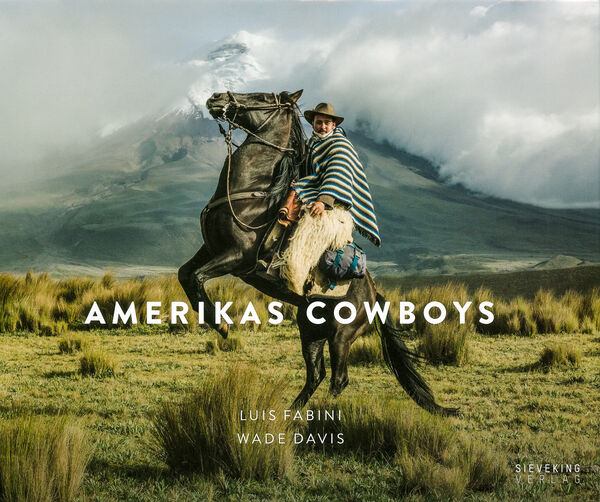 156 pages, 32 x 25.5 cm , 1496 g.
Luis Fabini | Sieveking
Luis Fabini – Amerikas Cowboys
Von den Prärien Nordamerikas bis in das Hochland der Anden
Was €49.90 €9.95
Including VAT, plus Shipping
Transit time: 2 to 6 business days (worldwide)
Add to cart    Add to wishlist
Cowboys still exist today—only they don’t have much in common with the heroes of Hollywood’s westerns, or with tobacco-industry advertising. The New York-based photographer Luis Fabini spent more than a decade sharing the spare, everyday lives of cowboys, and now shows us the rough reality of these men who still roam the open spaces of the Americas on their horses, driving cattle across mesas, prairies, or swamps.

Fabini spent months travelling through each of eight regions in the Americas. He drank maté with the gauchos of Uruguay, was there when the cowboys in Nebraska branded the calves, slept outdoors with the vaqueros on prairies covered in thorn bushes, and accompanied the pantaneiros on cattle drives through the enormous swampland of the Pantanal, plagued by mosquitos and surrounded by jaguars, caimans, and anacondas.

Luis Fabini became part of their world, and you can see it in his photographs: In black-and-white or color, he presents portraits of weathered faces, of men whose features tell of lives that are independent, yet full of hardship.