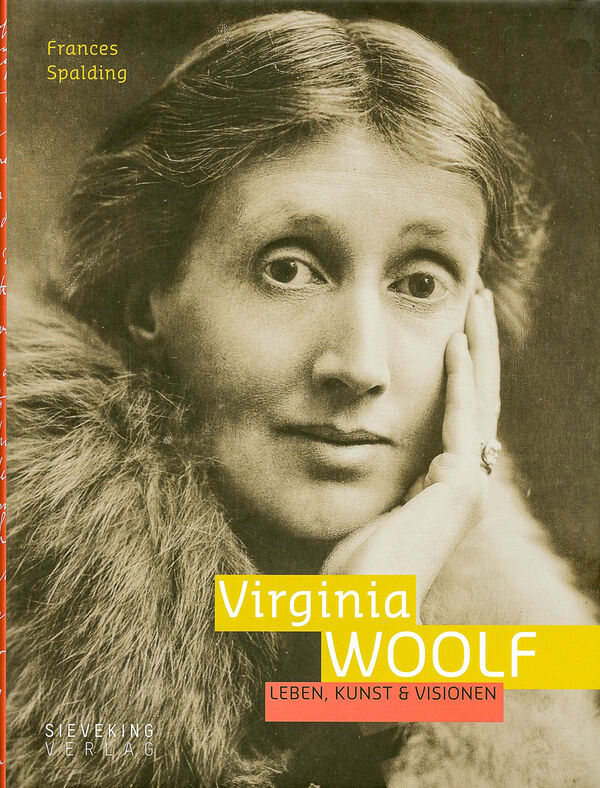 200 pages, 18.6 x 24.6 cm , 886 g.
Virginia Woolf | Sieveking
Virginia Woolf – Leben, Kunst & Visionen
Was €39.90 €10.00
Including VAT, plus Shipping
Transit time: 2 to 6 business days (worldwide)
Add to cart    Add to wishlist
Virginia Woolf (1882–1941) was one of the most significant writers of the early twentieth century. Art played a great role in her life from her early childhood. Surrounded by portraits by the painter G. F. Watts and photographs by her aunt Julia Margaret Cameron, she grew up in a circle of literary figures, intellectuals, and artists. So it is hardly surprising that she later became a central figure in the Bloomsbury Group, which shaped modern England with its innovative ideas about art and society.

In her writing, Virginia Woolf was able to portray these surroundings with her sharp observations. At the same time, she herself was often a subject, and she was photographed and painted by many artists. Over one hundred paintings, photographs, and pages from books and diaries illustrate this lovingly researched life story, and contribute to the reader’s deeper understanding of the person who Virginia Woolf was. It is a fascinating journey though the life of a great literary woman.

Frances Spalding (b. 1950) is an art historian, biographer, and expert on British art of the twentieth century who has published on the Bloomsbury Group, Vanessa Bell, and Duncan Grant. She was appointed Editor of Burlington Magazine, one of the most important journals of art history, in 2015.