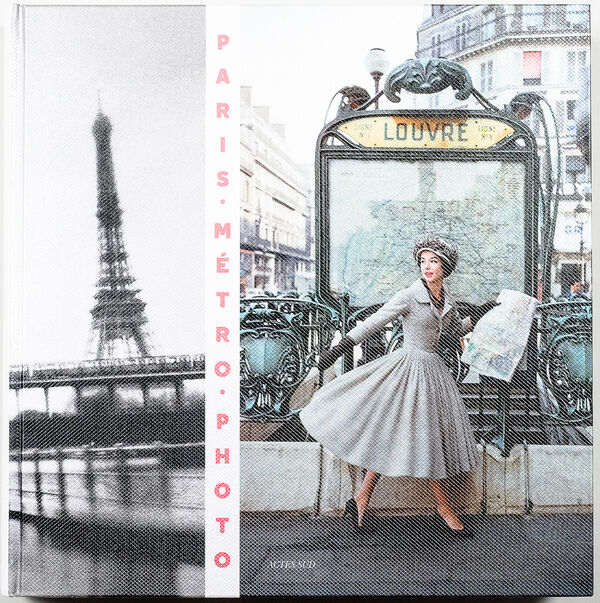 At over 300 pages and with around 250 images, this delightful volume looks at the close relationship between photography and the heyday of the Paris metro, covering over a century of photographic documents. The major figures of photography all snapped the Paris metro, from the humanists--Doisneau, Henri Cartier-Bresson, Brassaï, Boubat, Izis, Kollar, Ronis and more--to photojournalists such as Robert Capa, William Klein and Van der Keuken, in addition to the scores of photojournalists who passed through the city.

In 1900, as the first metro rolled from west to east across Paris, from Porte Maillot to Porte de Vincennes, photography had already been around for half a century. Turn-of-the-century technological advances had created smaller, lighter cameras--the first Kodaks--which introduced the practice to a wider market. As Parisians fell in love with their new mode of transport, photography became a more widespread pastime.

All genres and photographic practices are represented in this overview, from photojournalism to photo stories, street photography, fashion photography, architectural photography and industrial photography. The resulting volume is a magnificent and charming hybrid: a history of the fascinating development of the Paris metro--long a cultural symbol of France, Art Nouveau and urban technological innovation--in all its diversity, alongside a history of photography in Paris from the early 20th century to the present.