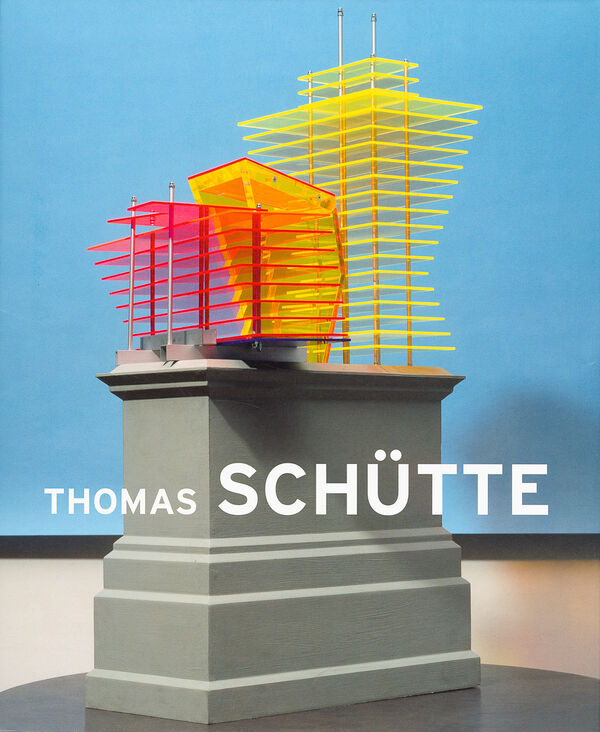 272 pages, 25.3 x 30.7 cm , 2100 g.
Thomas Schütte | Snoeck
Thomas Schütte – Big Buildings
Modelle und Ansichten 1980–2010
Was €68.00 €49.80
Including VAT, plus Shipping
Transit time: 2 to 6 business days (worldwide)
Add to cart    Add to wishlist
Since the early 1980s, Thomas Schütte – three times a participant in the documenta in Kassel, winner of the 2010 Düsseldorf Art Prize, and the Golden Lion as best individual artist at the 2005 Venice Biennale – has worked on architectural model, scenes, and figurative scenarios.

Replete with notes on relative dimensions or accompanied by small figures, they correspond to the realisation on a larger scale, with many originally small models having been converted into large-scale works over time. The interplay between the small and the large, between the model and its realisation, and between the notions of art as a model and the models as art recurring themes throughout Thomas Schütte’s oeuvre. So he both instigated the publication of this voluminous book about the show in Bonn and laid down its specific detail.

In this way, there is scarcely a single group of works missing from this chronological survey of the past thirty years, in terms of a model or an installation. The model itself is not just the nucleus of both a fantastical oeuvre, but takes on a more seismographic function, and it rediscovered the architectural arts on behalf of fine art.