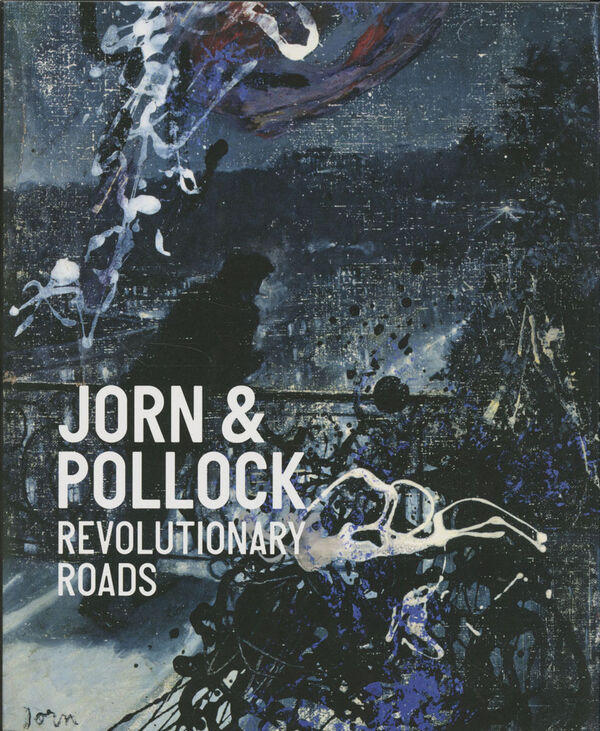 200 pages, 21.8 x 26.1 cm , 1078 g.
Jackson Pollock | MoMA
Asger Jorn & Jackson Pollock – Revolutionære Veje
(Danish edition)
€48.00
Including VAT, plus Shipping
Transit time: 2 to 6 business days (worldwide)
Add to cart    Add to wishlist
In the years during and just after World War II, the Danish artist Asger Jorn (1914-73) and the American painter Jackson Pollock (1912-56) came to play major roles in the development of a new Abstract Expressionist art. Both drew on Surrealism and Picasso to explore automatism in painting, each breaking through to a unique style around 1943, when Pollock had his first show at Peggy Guggenheim's gallery, and Jorn established the groundwork for working collectively that would lead to the founding of the CoBrA group. In both cases, this led to an incredibly energetic, primitive-seeming painting (although Jorn retained more figurative elements than Pollock).

Alongside more than 100 color reproductions, "Jorn & Pollock: Revolutionary Roads" includes the essays "Image Revolutions - Abstract Expressionism and What Looks Like It in Jorn and Pollock" by Anders Kold; "In the Shadow of Picasso: Asger Jorn and Jackson Pollock" by British art historian Jeremy Lewison; "Sounds in the Grass" by Axel Heil; and "Simpler Evolutions" by Courtney Martin, which discusses the British critic Lawrence Alloway's comparisons of the two artists.