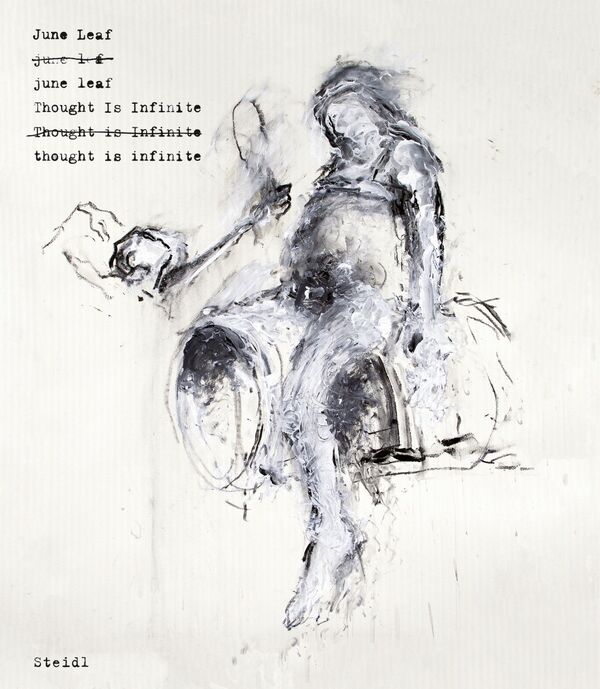 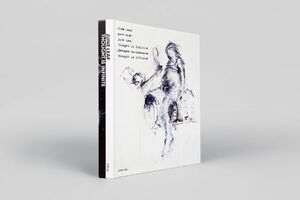 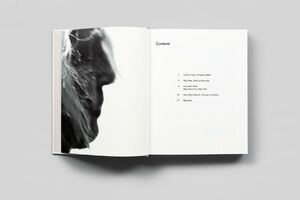 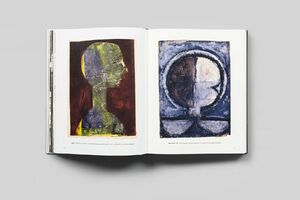 June Leaf | Steidl
June Leaf – Thought is Infinite
Was €35.00 €5.00
Including VAT, plus Shipping
Transit time: 2 to 6 business days (worldwide)
Add to cart    Add to wishlist
"June Leaf’s extraordinary body of work—one built over nearly seven decades—belongs within a long tradition of visionary figures, from William Blake and Francisco Goya to James Ensor and Odilon Redon. Like these innovative predecessors, and fusing elements of both Expressionism and Surrealism, Leaf creates representational imagery with an intense subjectivity and personal symbolist vision.

Leaf’s fundamental interest in metamorphosis and states of becoming as subjects is paralleled in her working process. As imaginary as the artist’s world is, her practice is deeply corporeal, materially rich, and firmly rooted the in physicality of the objects and mediums she uses. Leaf tends to work daily, driven by instinct and intuition. She sometimes invents new themes and motifs, but these often arise organically out of older ones, and the array of subjects she’s developed over the years remain close and ready for revisiting or adapting."

June Leaf was born in Chicago in 1929 and studied at the Art Institute of Chicago and the New Bauhaus Institute of Design. In 1960, she moved to New York City and married Joel Press, a jazz musician. Nine years later, she met and married Robert Frank. In 1969 Leaf and Frank began splitting their time between New York and Mabou, Nova Scotia.

Leaf’s drawings, paintings and sculptures have been widely collected and are in many museums including the Whitney Museum of American Art, the Museum of Modern Art, New York, the Art Institute of Chicago and Smithsonian American Art Museum.