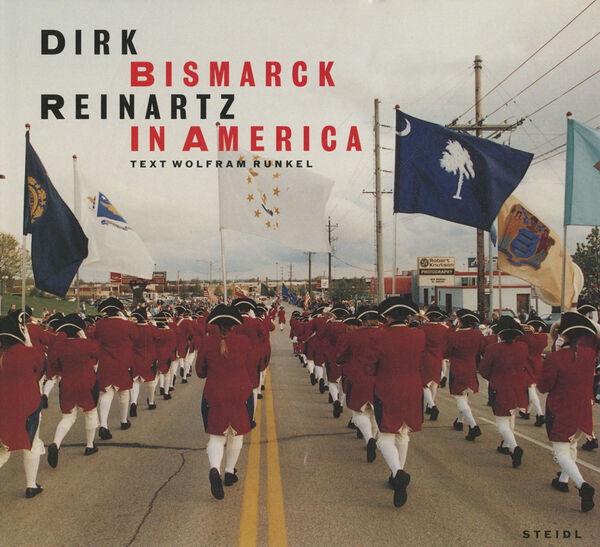 104 pages, 25 x 22.5 cm , 718 g.
Dirk Reinartz | Steidl
Dirk Reinartz – Bismarck in America
Was €19.50 €5.00
Including VAT, plus Shipping
Transit time: 2 to 6 business days (worldwide)
Add to cart    Add to wishlist
Otto von Bismarck, founder and chancellor of the German empire in 1871. Few statesmen have ever been so excessively commemorated and monumentalised as Bismarck. Countless statues, streets and public buildings bear his name.
Bismarck, North Dakota: A city in the Northwest of the United States, named after the German politician. Cunning settlers renamed the city in the 1870s to attract wealthy investors with its flashy name.

Today, over 50,000 people live in Bismarck, North Dakota's capital. It looks like any other American small city – at least to a German. The streets are clean. Its neighbourhoods are intact. Crime is rare. There are countless churches, yet there are no nightclubs. There's no memorial to the Iron Chancellor, but the prefix 'Bismarck' is all over the town: Bank of Bismarck, Bismarck Hospital, Bismarck High School, Bismarck Auditorium, Bismarck Hair College...