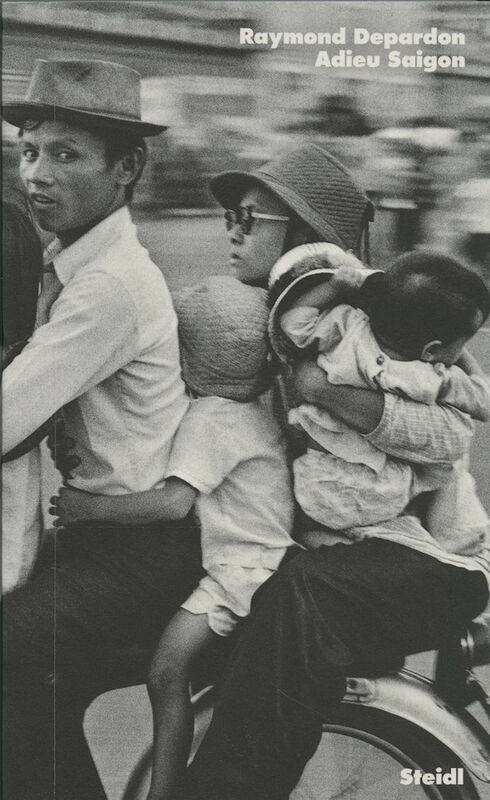 218 pages, 11 x 18 cm , 310 g.
Raymond Depardon | Steidl
Raymond Depardon – Adieu Saigon
Was €20.00 €7.95
Including VAT, plus Shipping
Transit time: 2 to 6 business days (worldwide)
Add to cart    Add to wishlist
"At the age of twenty-two I was sent to Saigon to cover the war as a photojournalist. I was too late for Indochina, and too early for Vietnam.

Muggers robbed me on my arrival, and I lived in a small hotel by the river. I drove towards the front in an old Citroën. I think I was happy. I returned some years later. It was for another war, and the famous reporters had left. The streets were full of GIs and their girlfriends, of blind bomb victims and so many children returning to school. It was the end of an epoch, people would hand flowers to the soldiers. Everybody wanted to leave, and it was cheap to stay at luxury hotels. To forget my heartache, I got drunk and walked the streets all day. The city was very generous and welcomed me with open arms, so I lost sense of time. I stayed for months in this city that no longer exists.

The last time I went there I was at peace with things, and at the War Remnants Museum I visited my friends who had died on the battlefield. Today, the city has another name and has become fully globalized." (Raymond Depardon)