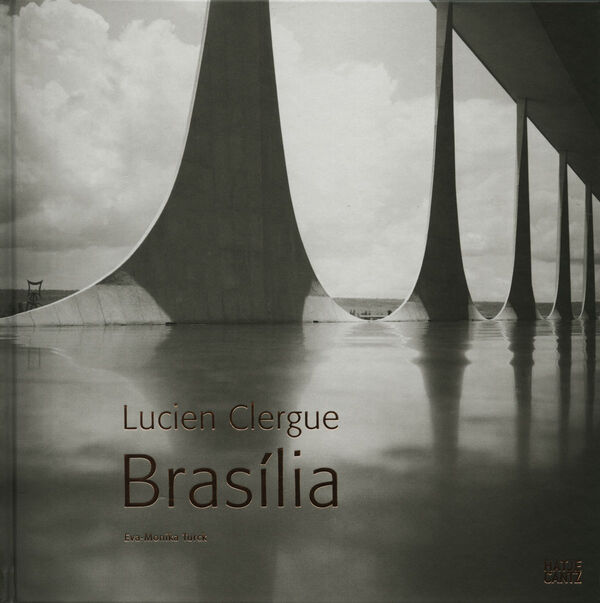 204 pages, 28.5 x 28.5 cm , 1748 g.
Lucien Clergue | Hatje Cantz
Lucien Clergue – Brasilia
Hommage to Oscar Niemeyer
Was €48.00 €18.00
Including VAT, plus Shipping
Transit time: 2 to 6 business days (worldwide)
Add to cart    Add to wishlist
Lucien Clergue (*1934 in Arles) is one of the most notable photographers of our time. The themes of his pictures—traveling artists, gypsies, war ruins and graves, plants in the swamps of the Camargue, tracks in the sand, bullfighting scenes—testify to his deep connection to his homeland.

He became famous for his photographs of nudes, whose aesthetic, sensual play of light and water enthralled Pablo Picasso and Jean Cocteau so much that they remained Clergue’s mentors until their deaths.

This is the first book to feature Clergue’s architectural photographs of Brazil’s newly built capital of Brasilia, taken in 1962–63, which until just recently were believed to be lost. Blinded by the cool beauty of this metropolis, the eye is seduced into following the curves of a confident, optimistic type of architecture.