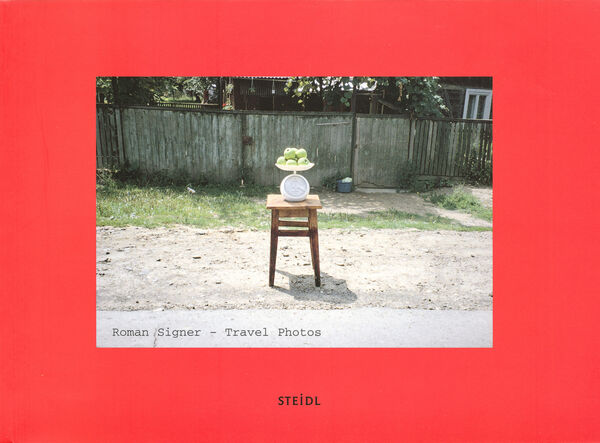 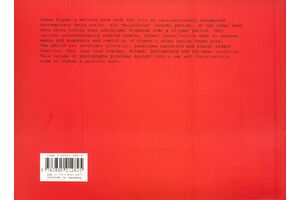 Roman Signer | Steidl
Roman Signer – Travel Photos
Was €22.00 €10.00
Including VAT, plus Shipping
Transit time: 2 to 6 business days (worldwide)
Add to cart    Add to wishlist
Since the early 1970s, Roman Signer (*1938) has been making art that refuses to be described in conventional terms.

His objects and installations look like science experiments, and his photographs and films seem only to document their results: In compliance with carefully planned and strictly executed and documented procedures, Signer sets off explosions and collisions, sending his materials flying through space. But in the midst of all this, Signer has also been making a much quieter and more conventional body of work, not unlike the one most readers keep in a shoebox on a shelf in their closets:

His Travel Photos track the great experiments of 20 years on and off the road, found works that, like Signer's own, called out to be documented. Whether his subject is a host's arrangement of objects or an event he's reluctantly participating in, it takes on an illustrative or narrative element, and sometimes a touch of irony. Travel Photos presents a previously unknown but completely characteristic side of Signer's work.