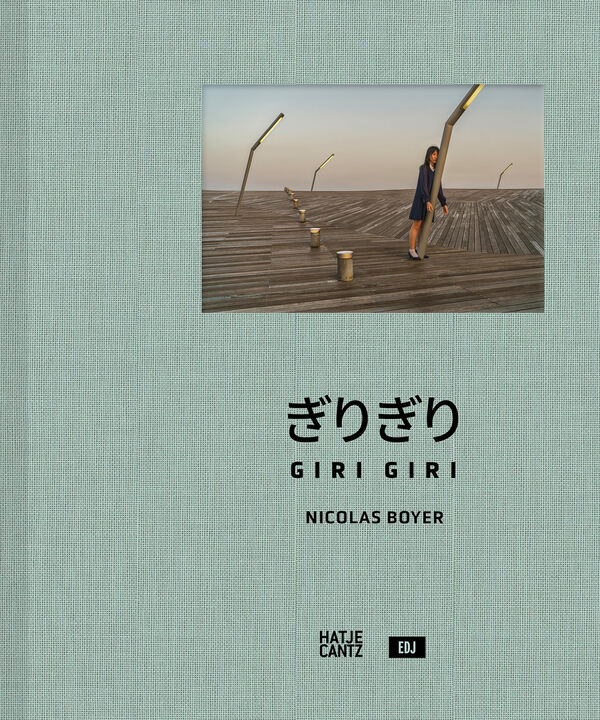 265 pages, 22 x 28.9 cm , 1500 g.
Nicolas Boyer | Hatje Cantz
Nicolas Boyer – Giri Giri
€40.00
Including VAT, plus Shipping
Transit time: 2 to 6 business days (worldwide)
Add to cart    Add to wishlist
In the case of a word acrobat, one would speak of someone being “sharp-tongued.” For a photographer, however, the appropriate term is still lacking. Boyer's imagery not only hits the mark with precision but also gets closer to the heart of the matter than the sharpest pen can. The title of his book plays on the Japanese word giri, which denotes a social obligation. Boyer's Japan cycle is a special masterpiece, for what he stages for the camera is a Japan as seen through the cultural history of Europe – imagined in the guise of exotic remoteness and crafty stereotypes. Boyer's photographs confront this superficial appearance with the reality on the ground as a clever unmasking. While the view behind the curtain of one's own imagination can also be oppressive, in Boyer's work, however, it is infused at the same time with a subtle humor that makes any critique of perception an absolute pleasure.

NICOLAS BOYER (*1972) studied at GOBELINS, l'école de l'image in Paris and then worked as an art director. He found his true calling and also international fame as a street photographer with a special eye for the unusual. His honors include the Sony World Photo Award.