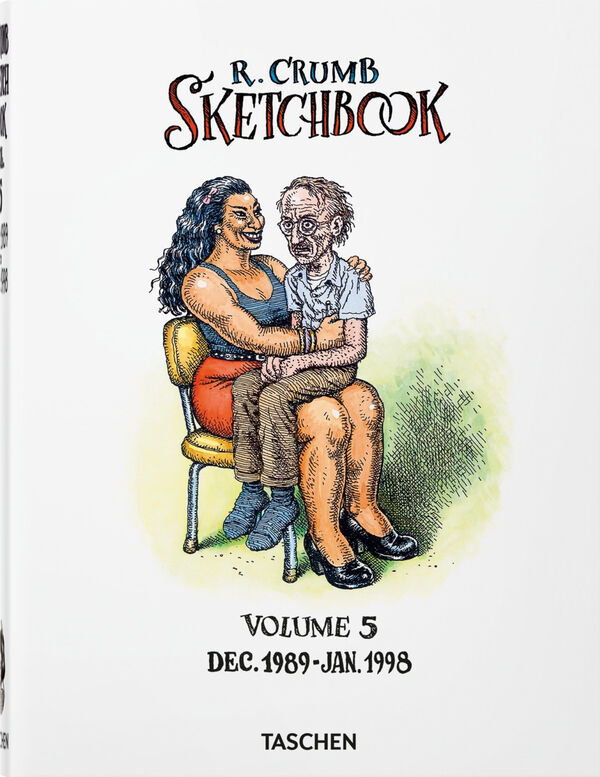 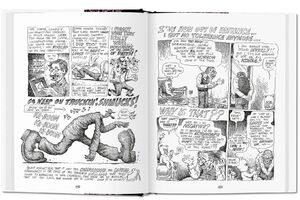 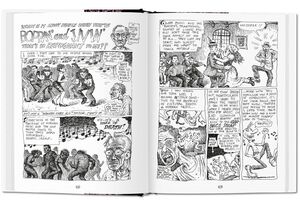 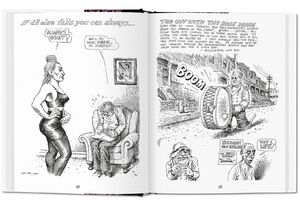 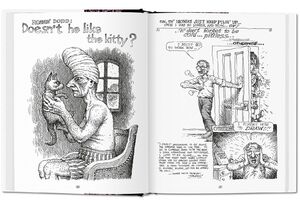 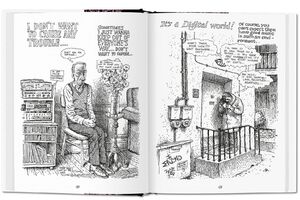 Robert Crumb | TASCHEN
Robert Crumb – Sketchbook Vol. 5.
1989–1998
€40.00
Including VAT, plus Shipping
Transit time: 2 to 6 business days (worldwide)
Add to cart    Add to wishlist
“Old Habits Die Hard!”
Volume Five of the R. Crumb Sketchbook series
goes deeper and darker
As this volume opens we find our hero at age 46, solidly into the midlife crises years. Crumb has lived his entire life in anxious, introspective, self-flagellating crises, however, so the middle years bring only a refinement of his lifelong turmoil and further honing of artistic talent. More words accompany the drawings, demonstrating Crumb’s brilliant powers of observation, as in a long paragraph devoted to an encounter with one of brother Maxon’s vegan turds, and a poetic paean to the heartbreak of life and aging. The family’s move to Sauve, France, in 1991 is heralded by a switch from portraits of apple-cheeked American girls sketched while waiting for food in California cafes to portraits of girls in French cafes, by pastorals of rampant French countryside, and by haunting tableau of homeless beggars in the Metro.

The most notable new character in this sketchbook is a turbaned holy man named, by young Sophie Crumb, Roman Dodo, who seems loosely inspired by Robert’s brother Maxon. Patricia Pig, a cheerful human/porcine hybrid also debuts, alongside portraits of girlfriends present and past.

As the artist advances into his mid-50s, towards the end of the volume, fantasies of regression to childhood dependence on strong female figures, and even of a good death, carried away on the back of a sturdy young angel, speak less of angst than acceptance of the aging process. Our curmudgeon finds a measure of peace, a certain French acceptance, of the cruel whims of fate. Until the final pages, when he pronounces himself, out of nowhere, “such a fucking QUEER.”