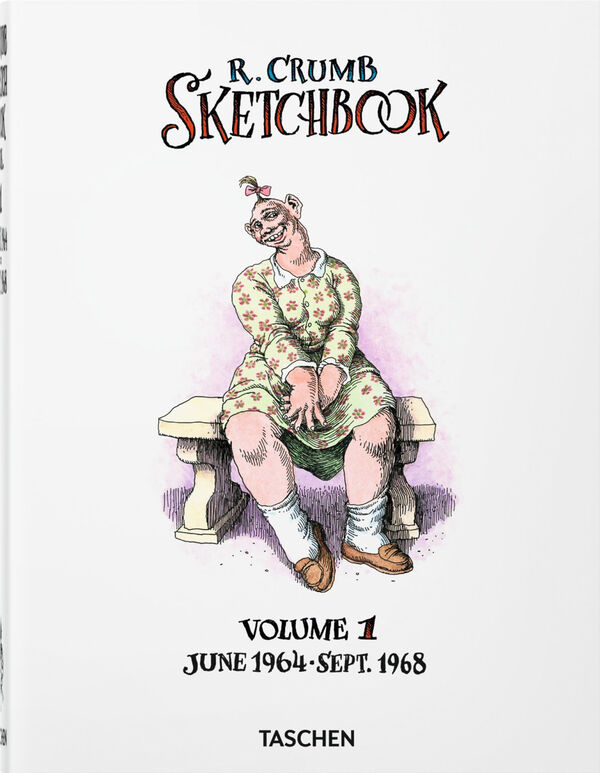 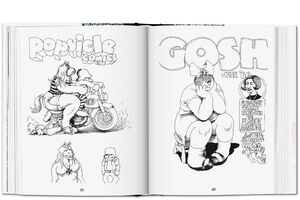 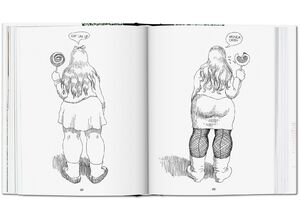 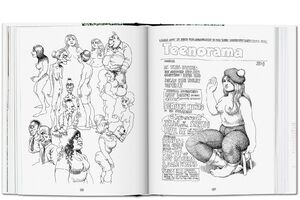 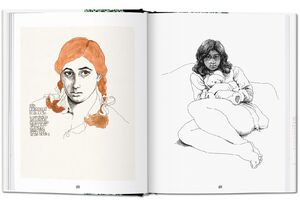 Robert Crumb | TASCHEN
Robert Crumb – Sketchbook Vol. 1.
1964-1968
€30.00
Including VAT, plus Shipping
Transit time: 2 to 6 business days (worldwide)
Add to cart    Add to wishlist
A Whole Lot of Crumb
Mid-1960s dispatches from America’s most controversial cartoonist
It’s the old story. When TASCHEN released the first limited edition of Crumb Sketchbooks 1982–2011, fans drooled over the gorgeous packaging of this six-volume boxed set, the artist’s thoughtful editing, the hand-written introduction, marbleized page edges, and signed Crumb-colored art print. Not all, however, could afford the steep price. So they whined and coveted, with the wail growing louder when the second boxed set, 1964–1982, was released the next year.

This book contains hundreds of sketches, including early color drawings from the master of underground comic art, cover roughs for the legendary Zap and Head comics, the original Keep On Truckin’ sketches, the first appearance of Mr. Natural, plus his evolution and refinement, Fritz The Cat, the Old Pooperoo, and many, many voluptuous Crumb girls, all wrapped up in a quality hard cover featuring an illustration newly hand-colored by Crumb himself.