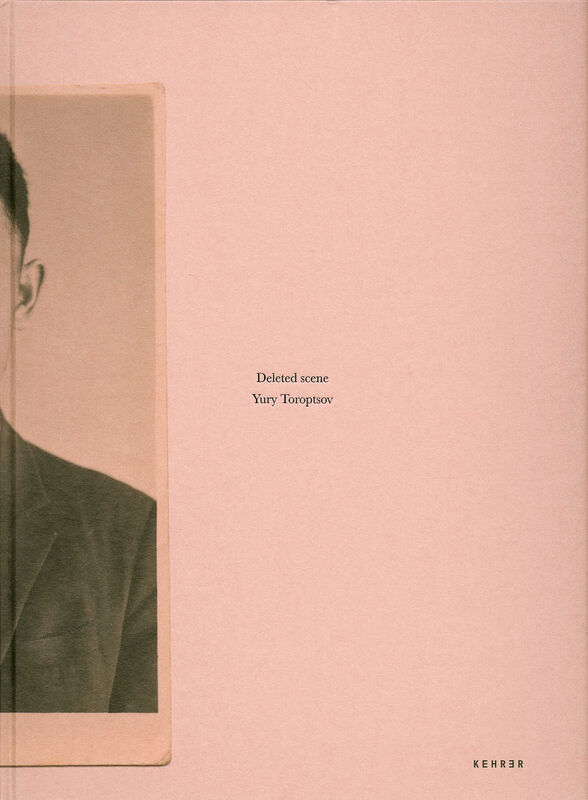 96 pages, 24 x 32 cm , 773 g.
Yury Toroptsov | Kehrer
Yury Toroptsov – Deleted Scene
Was €30.00 €10.00
Including VAT, plus Shipping
Transit time: 2 to 6 business days (worldwide)
Add to cart    Add to wishlist
On a mission to photograph the invisible, with Deleted Scene photographer Yury Toroptsov takes us to Eastern Siberia in a unique story of pursuit along intermingling lines that form a complex labyrinth.

His introspective journey in search of a father gone too soon crosses that of Akira Kurosawa who, in 1974, came to visit and film that same place where lived the hunter Dersu Uzala. Yury Toroptsov is not indifferent to the parallels between hunting and photography, which the common vocabulary makes clear.

Archival documents, old photographs, views of the timeless taiga or of contemporary Siberia, fragments or deleted scenes are arranged here as elements of a narrative. They come as clues or pebbles dropped on the edge of an invisible path where the viewer is invited to lose himself and the hunter is encouraged to continue his relentless pursuit.

Yury Toroptsov, born in 1974 in a rural community near Vladivostok, left his native Russia in 1998 to study at the New School for Social Research in New York. Toroptsov's work has been featured in numerous personal and group shows including at the Maison Européenne de la Photographie in Paris, and Moscow House of Photography. He lives and works in Paris.