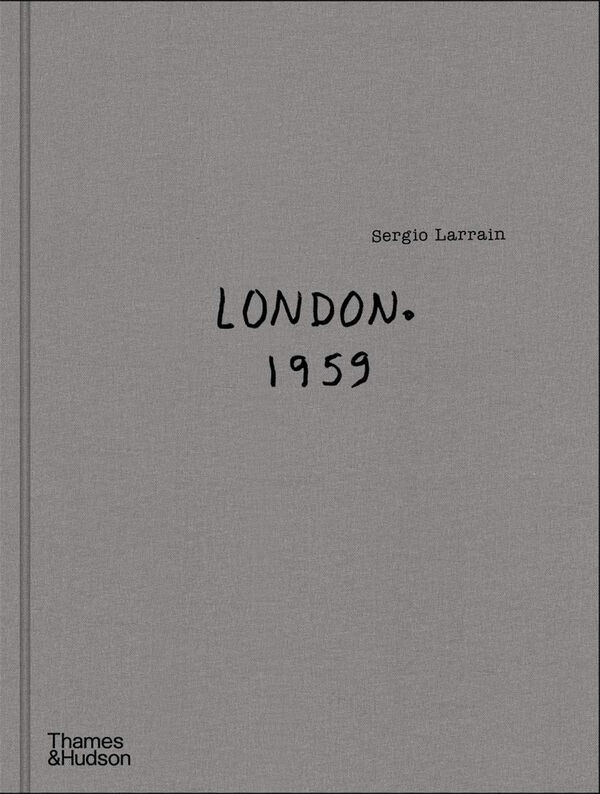 176 pages, 18.5 x 24.5 cm , 760 g.
Sergio Larrain | Thames & Hudson
Sergio Larrain – London. 1959
Was €42.00 €35.00
Including VAT, plus Shipping
Transit time: 2 to 6 business days (worldwide)
Add to cart    Add to wishlist
In 1958, Sergio Larrain’s photographs of a smoggy, down-at-heel London captured an extraordinarily powerful vision of the city. Larrain's London is a fast-moving blur of activity. He revealed the signs of the emergence of a new, post-war London society – in its streets, parks, pubs and clubs – and captured the class divisions, the burgeoning fashions of its youth, and the everyday life of Londoners about to enter a new decade: the Sixties. The photographs brought Larrain to the attention of Henri Cartier-Bresson, who immediately signed him to Magnum Photos.

This edition comprises the entire series including around forty previously unseen images from the archives of Magnum Photos. These powerful photographs conjure up the mood of a coal-fired, smoke-laden London that has long since disappeared.