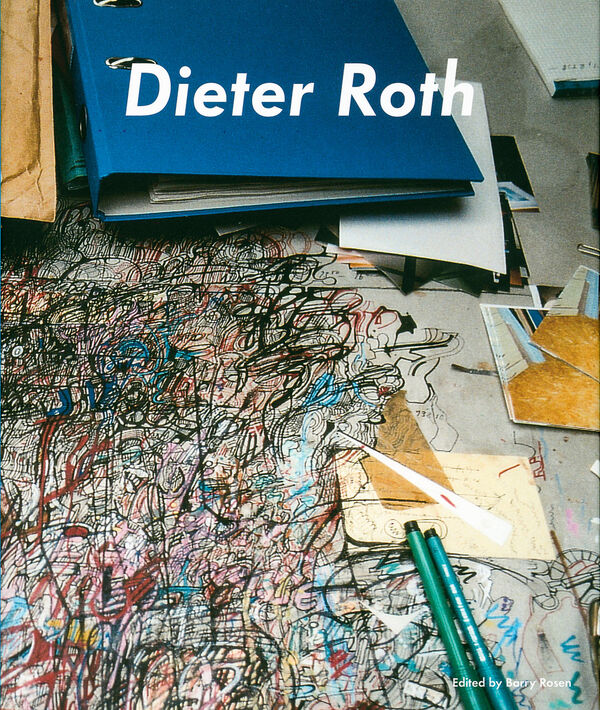 150 pages, 23.3 x 27.1 cm , 1424 g.
Dieter Roth | Yale University Press
Dieter Roth & Björn Roth – Work Tables and Tischmatten
Was €42.00 €18.00
Including VAT, plus Shipping
Transit time: 2 to 6 business days (worldwide)
Add to cart    Add to wishlist
Dieter Roth's unique and eclectic Tischmatten ("Table Mats") incorporate drawings, paintings, photographs, and ephemeral materials. Roth placed these gray cardboard mats on tables in his apartment, studios, and houses, collecting what he referred to as the "traces of my domestic activities." Along with spontaneous doodles and drips and stains from the kitchen, Roth affixed leftover food, notes, and photos to the mats, creating still lifes that he would supplement with painting and collage and that had an emphasis on symmetry and mirror images.

Dieter Roth, Bjoern Roth: Work Tables and Tischmatten offers a new interpretation of these significant yet often misunderstood works, which Roth himself considered to have influenced the development of his painting in the late 1980s. The book includes the artist's writings about the Tischmatten, and an insightful essay by Andrea Buttner resituates them within the greater body of the artist's output.