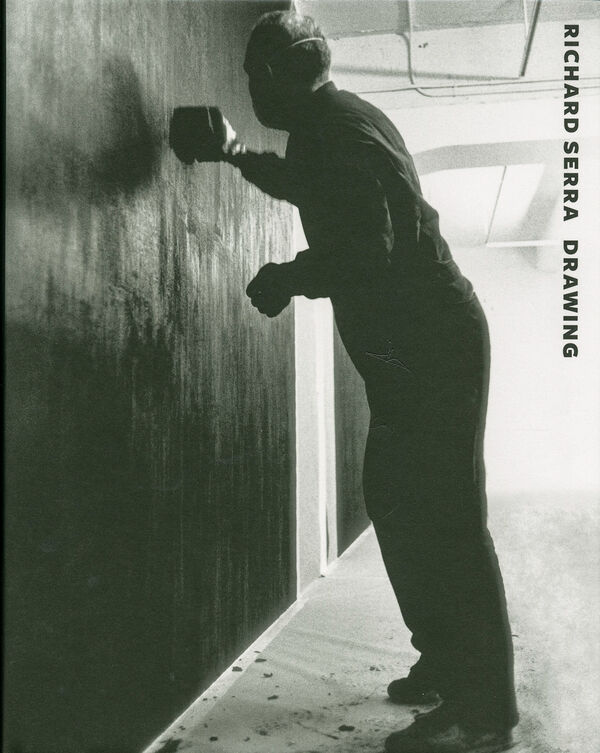 230 pages, 25 x 30.5 cm , 1736 g.
Richard Serra | Menil Foundation
Richard Serra – Drawing
Was €48.00 €19.80
Including VAT, plus Shipping
Transit time: 2 to 6 business days (worldwide)
Add to cart    Add to wishlist
As the focal point of numerous high-profile exhibitions, the sculpture of Richard Serra (b. 1939) has drawn international acclaim. Yet even those who have marveled at Serra's intellectually rigorous and large works of sculpture may not be familiar with his equally intriguing drawings. This handsome book brings together for the first time Serra's drawn work, considering the artist's investigation of medium as an activity both independent from and linked to his pioneering sculptural practice.

First working in ink, charcoal, and lithographic crayon on paper, Serra originally used drawing as a means to explore form and perceptual relations between his sculpture and the viewer. Over time, his drawings underwent significant shifts in concept, materials, and scale and became fully realized and autonomous works of art. The grand, bold forms he created with black paintstick in his monumental Installation Drawings were designed to disrupt and complement existent spaces and eventually began to occupy entire rooms. In the late 1980s, Serra explored the tension of weight and gravity through layering, and his most recent work experiments with surface effects, using mesh screens as intermediaries between the gesture and the transfer of pigment to paper.