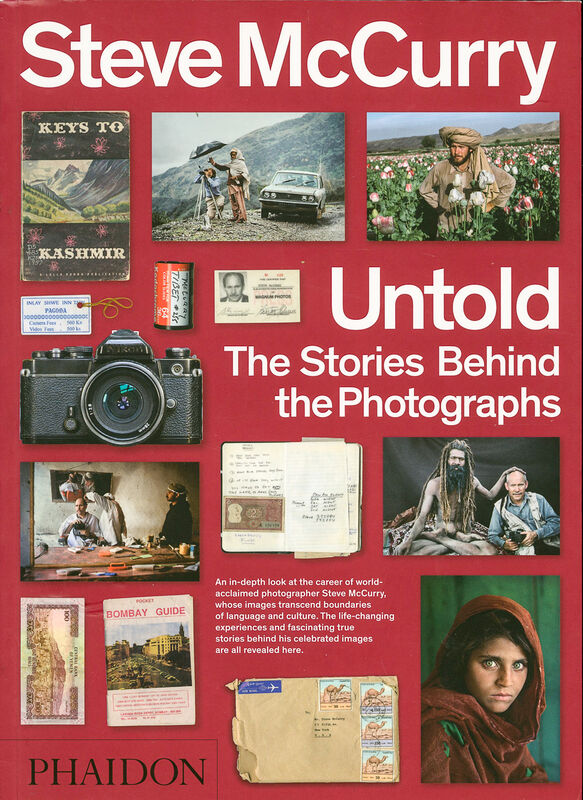 304 pages, 20 x 28 cm , 1356 g.
Steve McCurry | Phaidon
Steve McCurry – Untold (*Hurt)
The Stories Behind the Photographs
Was €29.95 €14.80
Including VAT, plus Shipping
Transit time: 2 to 6 business days (worldwide)
Add to cart    Add to wishlist
The bestselling behind-the-scenes look at the career of the legendary photographer - now in a new, compact format

Now in paperback and re-sized for easy reading, Steve McCurry Untold is the only book to tell the fascinating stories behind McCurry's most iconic photographs. It explores the travels, methods, and magic that gave birth to his evocative images, delving deep into the true stories behind McCurry's most important assignments for National Geographic and beyond - including his reunion with the now-legendary 'Afghan Girl'. Each story includes McCurry's first-hand account alongside specially commissioned essays, ephemera, and personal photographs from his private archive.

Featuring beautiful reproductions of McCurry's photographs spanning a broad range of themes and subjects and ephemera such as snapshots, journal extracts, maps, and newspaper clippings, Steve McCurry Untold is a living biography of one of the most imaginative documentary photographers working today.

More than 50,000 copies of the hardback edition sold worldwide, it was translated into seven languages and became an international bestseller.