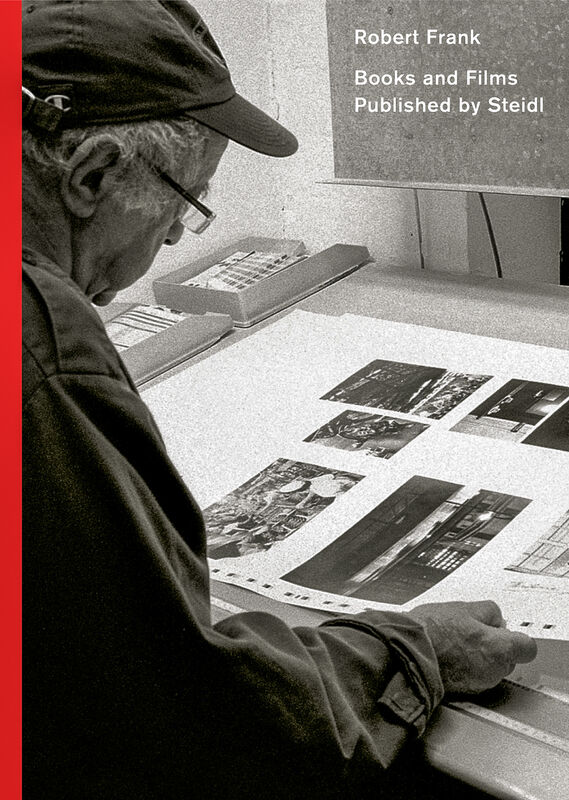 Gerhard Steidl began working with Robert Frank in 1989, when Swiss publisher Walter Keller asked him to print Frank’s The Lines of My Hand for his imprint Scalo: “You’ll both get along well on press,” Keller had said. And so Robert Frank traveled to Steidl at Düstere Strasse 4 in Göttingen for the first of many times, to be on press and sign off each printed sheet.

After Scalo closed its doors in 2004, Steidl started to publish as well as print Frank’s books, beginning a long-term working friendship that encompassed every aspect of Frank’s creativity―from reprints of his classic and some lesser-known books (The Americans, Zero Mostel Reads a Book), the publication of previously unseen projects (Seven Stories), newly conceived volumes (Tal Uf Tal Ab, Good Days Quiet), as well as his complete films on DVD (Film Works). In Gerhard Steidl’s words: “Our aim has been to ensure the legacy of this original and seminal artist and that his work will be available and accessible for years to come―all in a form and to a standard that Robert personally oversaw.”