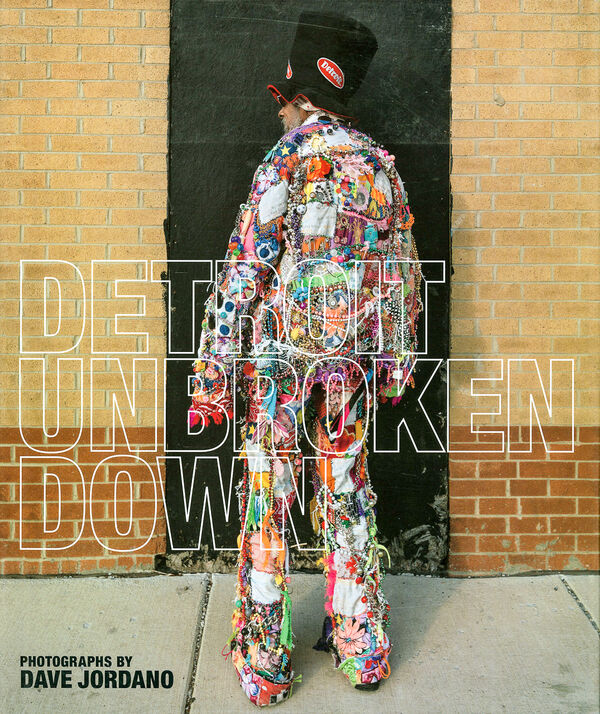 160 pages, 26.3 x 31 cm , 1418 g.
Dave Jordano | powerHouse Books
Dave Jordano – Detroit: Unbroken Down
Photographs by Dave Jordano (*Hurt)
Was €45.00 €20.00
Including VAT, plus Shipping
Transit time: 2 to 6 business days (worldwide)
Add to cart    Add to wishlist
Dave Jordano returned to his hometown of Detroit to document the people who still live in what has become one of the country’s most economically challenging cities. Stricken with mass abandonment through years of white flight to the suburbs, unemployment hovering at almost three times the national average, city services cut to the bone, a real estate collapse of massive proportions that stripped the tax base bare, and ultimately filing the largest municipal bankruptcy in U.S. history, Jordano searches for the hope and perseverance of those who have had to endure the hardship of living in a post-industrial city that has fallen on the hardest of times.

From the lower southeast side where urban renewal and government programs slowly became the benchmark of civic failure, to the dwindling enclaves of neighborhoods like Delray and Poletown, blue-collar neighborhoods that have all but vanished, Jordano seeks to dispel the popular myth perpetrated through the media that Detroit is an empty wasteland devoid of people. Through the many acquaintances he encounters along the way, from a homeless man who decided to build his own one room structure on an abandoned industrial lot because he was tired of sleeping on public benches, to a group of squatters who repurpose long abandoned houses on a street called Goldengate, Jordano brings to the forefront a message of hope and endurance to an otherwise greatly misunderstood and misrepresented city. Detroit: Unbroken Down is not a document solely about what’s been destroyed, but even more critically, about all that has been left behind and those who remain to cope with it.