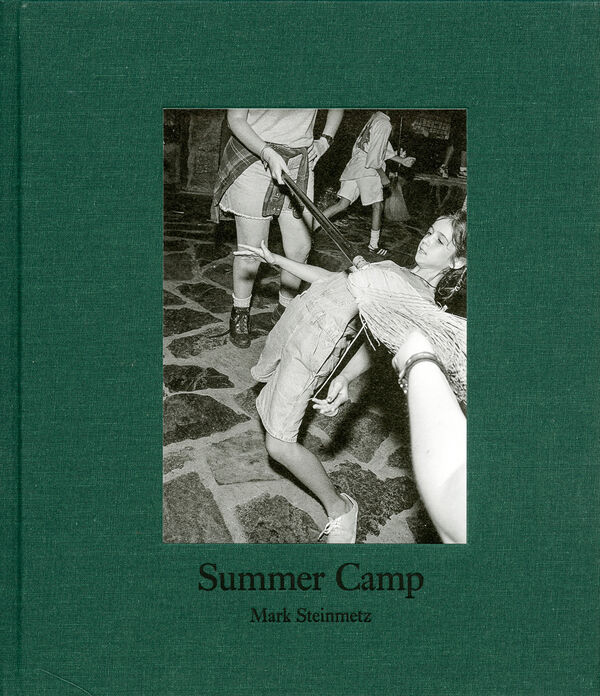 92 pages, 30.5 x 27 cm , 898 g.
Mark Steinmetz | Nazraeli Press
Mark Steinmetz – Summer Camp
€72.00
Including VAT, plus Shipping
Transit time: 2 to 6 business days (worldwide)
Add to cart    Add to wishlist
The newest monograph on the work of photographer Mark Steinmetz is a collection of photographs that capture the spirit of youth during trips spent away at a summer camp.

"Two projects I focused on were little league baseball [The Players published by Nazraeli Press in 2015] and summer camps. Every year, from spring into summer, one would lead into another and certain things never changed…At summer camp, you have sleeping bags, cabins and camp res. There isn’t much difference between them in 1990 or 1965.

I like that time of age, too. There’s a kind of grave maturity developing at around 11 years old. When a little kid laughs or cries, it doesn’t have real resonance, whereas if someone has these emotions between eight and 12, there’s a poignancy to it.

When they become adults, it’s just not the same. Many of these photos are about the predicament of being a kid put into a certain situation. In one picture, these girls who have been so horrible to each other all summer are now parting – and the depth of their love just gushes out. It’s almost excruciating..." — Mark Steinmetz, for Huck Mag