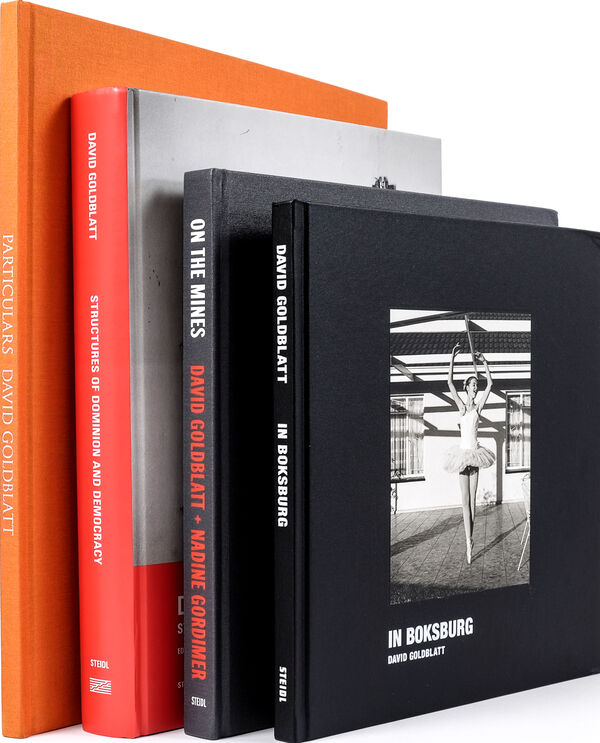 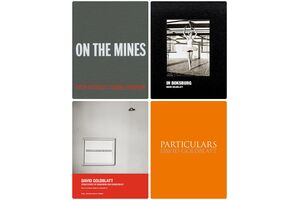 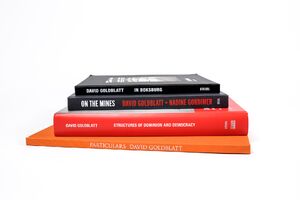 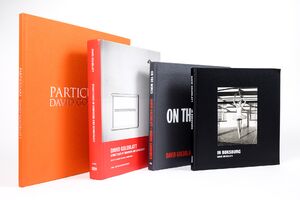 David Goldblatt | Steidl
David Goldblatt – Set (4 vols.)
On the Mines | Particulars | Boksburg | Structures de Domination et de Démocratie
Was €209.00 €99.00
Including VAT, plus Shipping
Transit time: 2 to 6 business days (worldwide)
Add to cart    Add to wishlist
On the Mines
On the Mines is a re-designed and expanded version of David Goldblatt’s influential book of 1973. Goldblatt grew up in the South African town of Randfontein, which was shaped by the social culture and financial success of the gold mines surrounding it. When these mines started to fail in the mid-sixties Goldblatt began taking photos of them, which form the basis of "On the Mines".

Particulars
Following a series of portraits of his compatriots made in the early 1970s, photographer David Goldblatt, for a very short and intense period of time, naturally turned to focusing on peoples’ particulars and individual body languages “as affirmations or embodiments of their selves.” Goldblatt’s affinity was no accident: Working at his father’s men’s outfitting store in the 1950s, his awareness of posture, gesture and proportion—technical as it was—formed early and would accompany him throughout his life.

Boksburg
In Boksburg was published in 1982 as one of the earlier photobooks made in South Africa. Boksburg, a legally white-only town on the eastern periphery of Johannesburg which was heavily dependent on black labor, seemed to fit best his purposes, and between 1979 and 1980 he recorded everyday scenes in the streets, shops, clubs, churches, the municipality, homes, gardens and cemetery, choosing a fly-on-the-wall approach. Despite its nuanced complexity, the essay was rejected by Optima magazine which had commissioned it.

Structures de Domination et de Démocratie
This book is a selective retrospective of David Goldblatt, a key figure in twentieth-century and contemporary photography. Starting from his earliest photographic searchings, it shows the foundations of Goldblatt’s critical passion for photography, his social sensitivity and political consciousness.