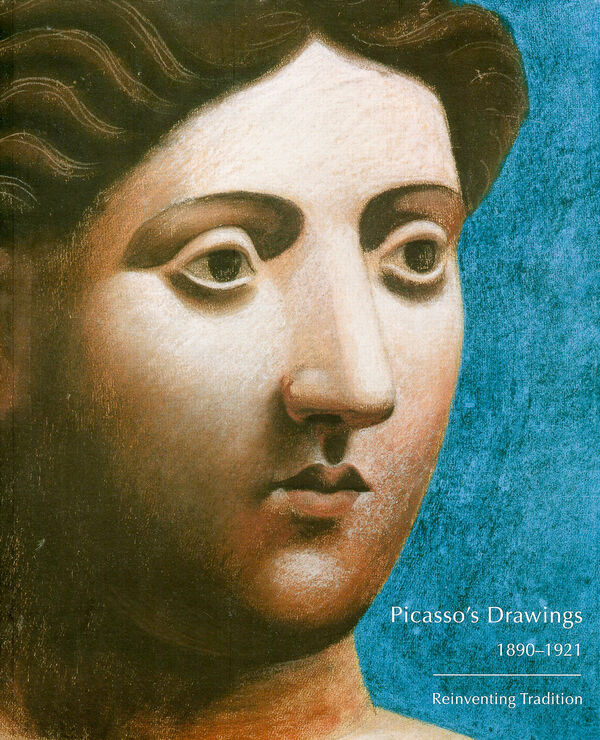 224 pages, 22 x 27 cm , 1492 g.
Pablo Picasso | Yale University Press
Picasso's Drawings 1890-1921
Reinventing Tradition
Was €58.00 €25.00
Including VAT, plus Shipping
Transit time: 2 to 6 business days (worldwide)
Add to cart    Add to wishlist
A fresh perspective on the importance of Picasso's drawing practice and how he used his materials and graphic techniques to reinterpret past traditions and invigorate his art

Pablo Picasso (1881-1973) is acknowledged as one of the greatest draftsmen of the 20th century. "Picasso's Drawings, 1890-1921" follows the dazzling development of his drawing practice from the precocious academic exercises of his youth to his renewal of classicism in his virtuoso output of the early 1920s. A selection of more than seventy works on paper, with extended entries, highlights his stylistic experiments and techniques during this roughly thirty-year period, which begins and ends in a classical mode and encompasses his most radical innovations.

An essay by Susan Grace Galassi provides a detailed study of Picasso's drawing practice and explores his interest in the Old Masters, and Marilyn McCully considers the early critical responses to Picasso's drawings. These discussions of Picasso's style, sources, and techniques demonstrate how drawing served as an essential means of invention and discovery for the artist. This book brings to the fore Picasso's engagement with artists of the past and the ways in which he perpetuated, competed with, and ultimately reinvented the practices of his artistic mentors on his own terms. Through emulation, allusion, dissection, and outright hijacking, Picasso continued the grand tradition of drawing in a revitalized form. This study reveals the extent to which the artist relied on drawing as a means of synthesizing past and present, tradition and innovation, to give his own art a bold and vigorous expression.

Susan Grace Galassi is senior curator at The Frick Collection, New York. Marilyn McCully is an independent scholar who specializes in the work of Picasso.