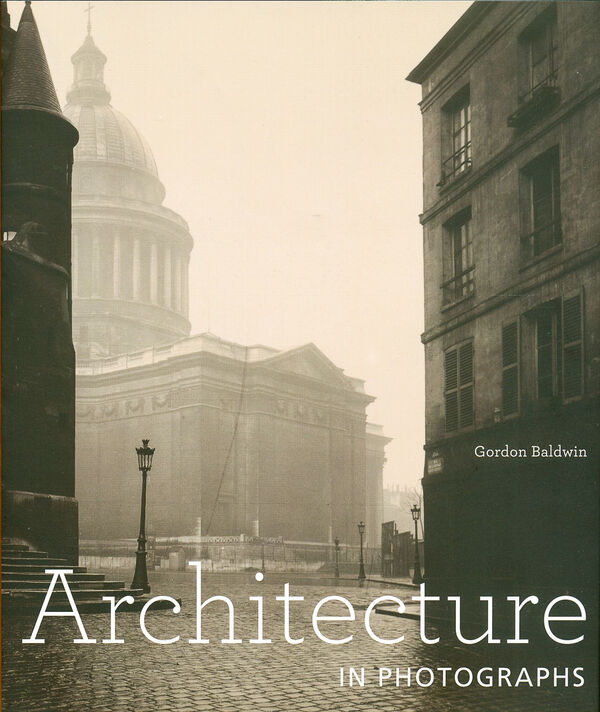 112 pages, 19 x 22.5 cm , 466 g.
Getty Publications
Architecture in Photographs
Was €24.00 €10.00
Including VAT, plus Shipping
Transit time: 2 to 6 business days (worldwide)
Add to cart    Add to wishlist
From the invention of photography in 1839, architecture was second only to portraiture as the most favored subject for the camera. The fact that buildings were immobile was advantageous for the long exposures needed in the early days, but architectural images were popular for other reasons: they documented dynastic, civic, and religious achievements; educated architects about construction and decorative details; and whetted curiosity about distant lands. Later photographers found innovative ways to depict structures of every era and type.

The seventy-five images presented here, all from the collection of the J. Paul Getty Museum, form a panoply of architectural structures and styles, from Egyptian ruins to Greek temples and Gothic cathedrals, and from skyscrapers and Modernist schools to mundane vernacular dwellings.