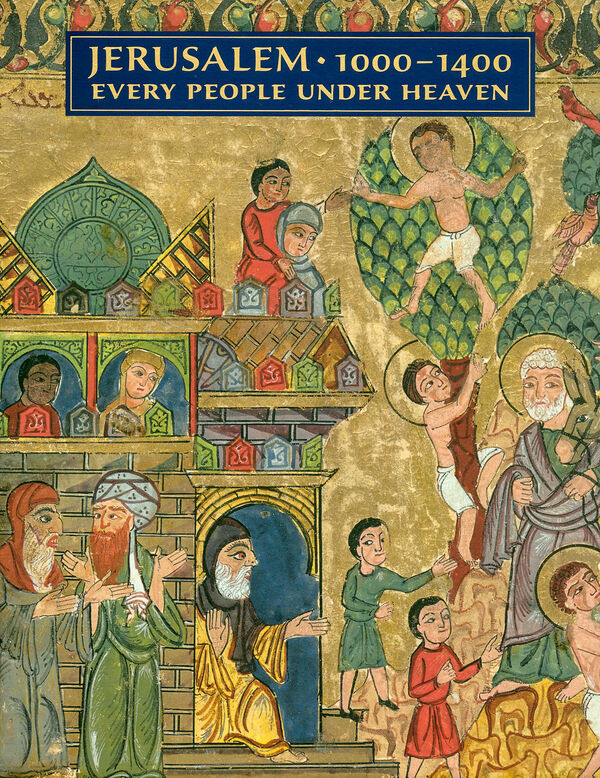 Medieval Jerusalem was a vibrant international center and home to multiple cultures, faiths, and languages. Harmonious and dissonant influences from Persian, Turkish, Greek, Syrian, Armenian, Georgian, Coptic, Ethiopian, Indian, and European traditions invested Jerusalem with a key role in shaping the art of the Middle Ages. Through compelling essays by international and interdisciplinary experts and detailed discussions of more than 200 works of art, this beautiful, authoritative volume breaks new ground in exploring the relationship between the historical and the archetypal city of Jerusalem, uncovering the ways in which the aesthetic achievements it inspired enhanced and enlivened the medieval world.

Patrons and artists from Christian, Jewish, and Islamic traditions alike focused their attention on the Holy City, endowing and enriching its sacred buildings and creating luxury goods for its residents. This artistic fertility was particularly in evidence between the 11th and the 14th centuries, notwithstanding often devastating circumstances—from the earthquake of 1033 to the fierce battles of the Crusades. Dazzling illustrations featuring new photography complement this unprecedented, panoptic story of Jerusalem in the Middle Ages.